Last time we were out this way was a few years ago for a Truffle Festival.  This time round we came out this way on the weekly excursion (which he hadn't done for a couple of weekends due to some major works including replacing the fence out the front and helping friends lay some cable to a shed) and because 7yo heard there was an art gallery.

We stopped by the "village" to pick up maps and things for 7yo's collection and she also bought a butterfly spotter's book and to hit up the bakery for lunch.  We took the food to the Sculpture Park and the kids had a play at the playground before we checked out the sculptures, read  and followed the track up to where there were some rail switching levers and an amphitheatre.  Ru put a performance on the old platform (now a stage). 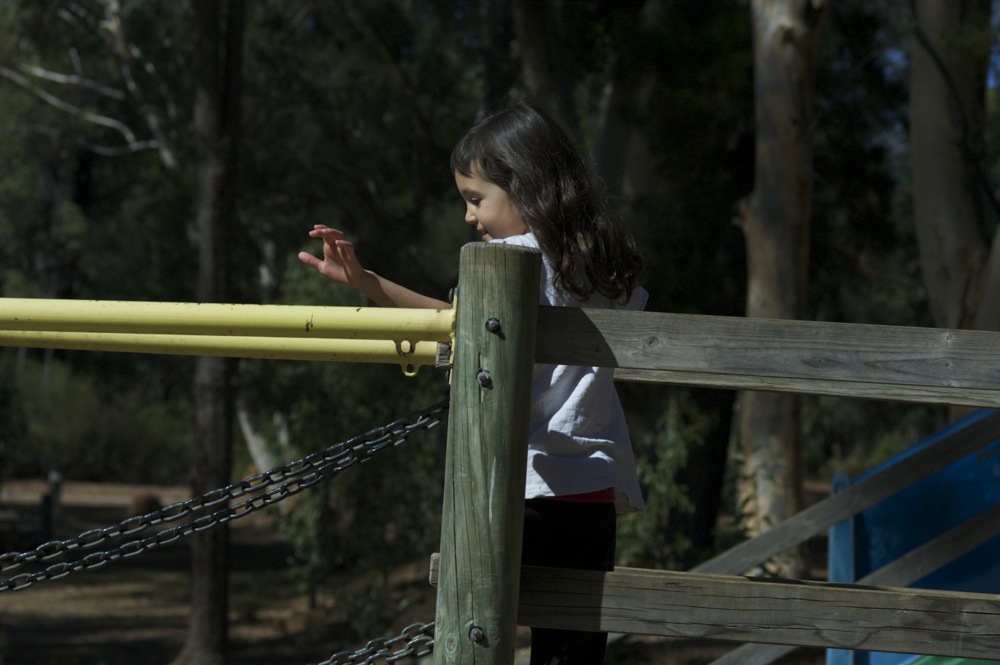 7yo playing at Mundaring Sculpture Park 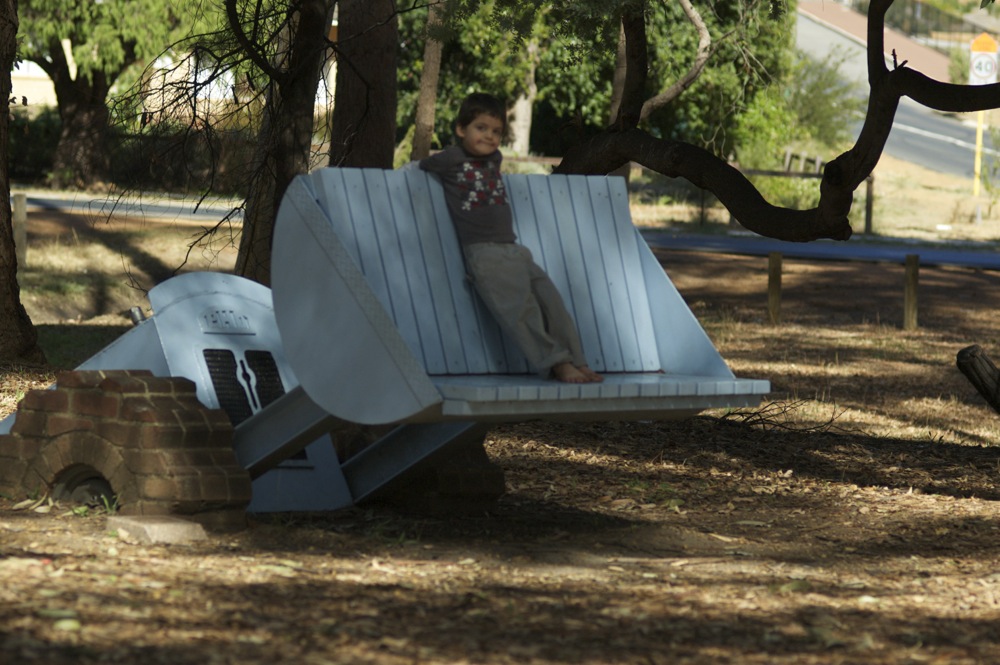 Slightly back-focused photo of 5yo on the digger park bench 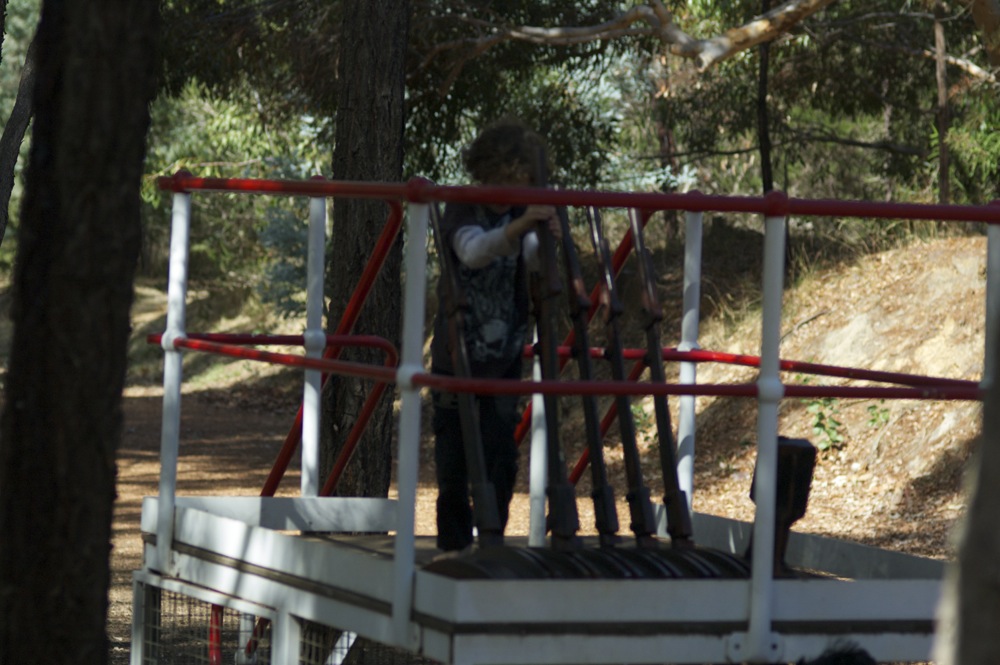 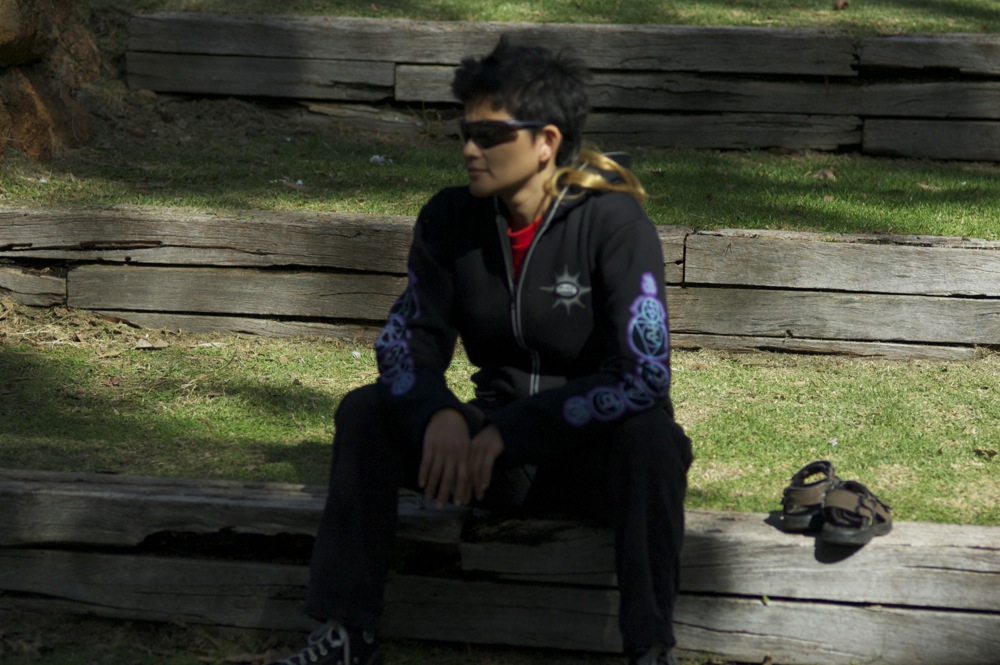 Back focused photo of me catching 7yo's show, taken from the stage where The Linux Geek aka "The Ugly Old Troll" had just been vanquished by "Princess Ru" and "Super Cubby"

Afterwards we swung back by the bakery for sweet stuff and headed up to Mundaring Weir.  There was a lot of word play in the car involving:

We managed to find a park up one side and walked across to the other side.  On the way we chatted about how the weir worked, where it was providing water to and touched briefly on the water cycle and how changing seasons and climate meant the area wasn't getting as much rain as it had previously and how vastly increasing populations was using up the water faster than the thing could refill.  Within earshot of children but not while they wer epaying obvious attention I expressed to The Linux Geek many disparaging and highly unflattering remarks about people wanting to boost the population for economic reasons.  There were various signs about the place explaining how the weir was being topped up from various other water sources including a desal plant. 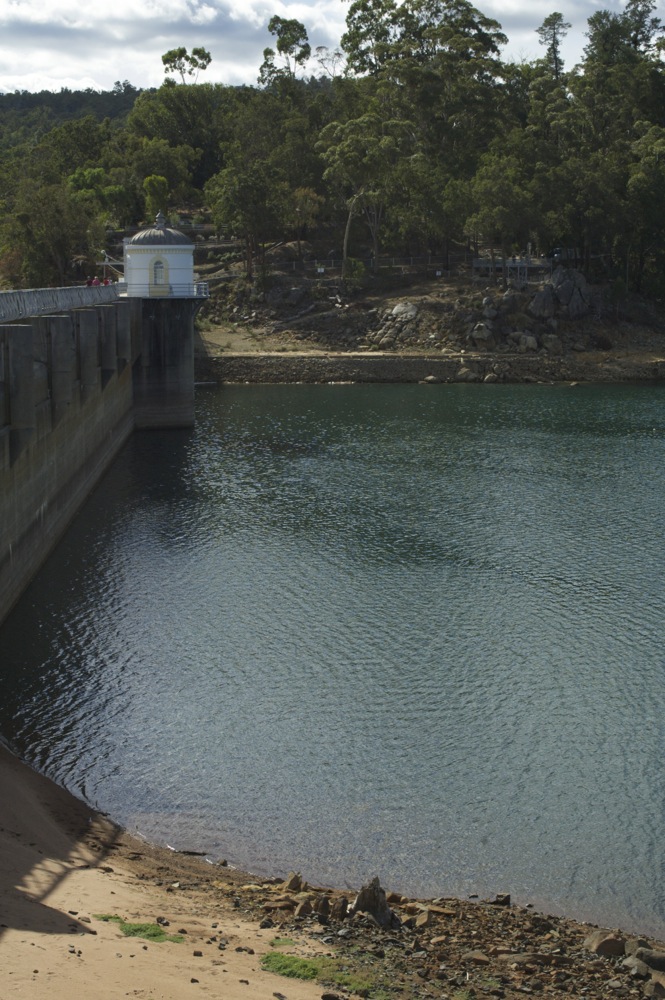 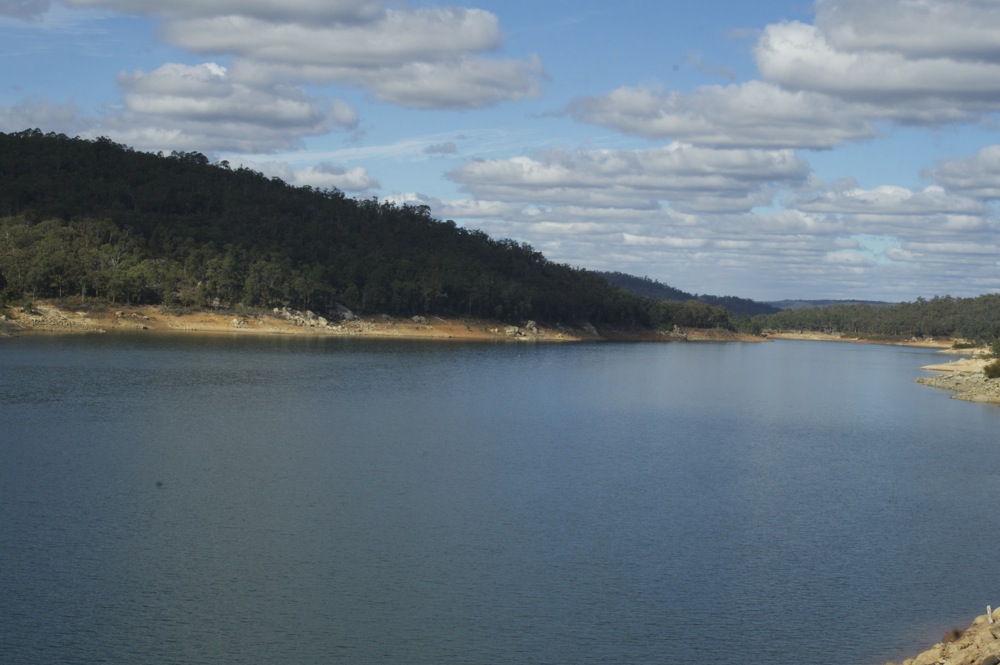 We finished the journey by finding the art gallery that 7yo had wanted to visit and having a quick look at the arts and crafts for sale within.  After one round it ended up being me managing 5yo (who desperately wanted to touch everything) and The Linux Geek following 7yo around as she sought out the perfect scarf as a birthday present for a friend before heading home.