Though I'm sure I'll find more things to clean up and refine while I'm doing the rest of the body.

Anyway I tried to reflect nature somewhat with some horizontal bands like what's found in kudu (what I based Red's horns off): 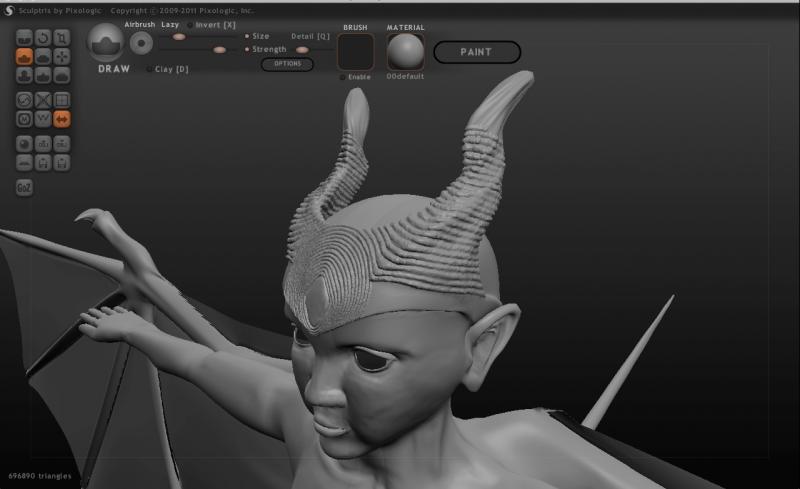 After spending a ridiculous 6 months on the horns (lots of chaos and confusion with the guides and my general ineptitude) this really wasn't looking twisty enough for my liking.  I couldn't work out how to sharpen the corners to make it look ike it was twisting and also discovered issues with how the horns connected to the horn crest (seeing as my Dragonkin have a horn crest instead of the horns just poking out the top of their skulls like normal horned animals. 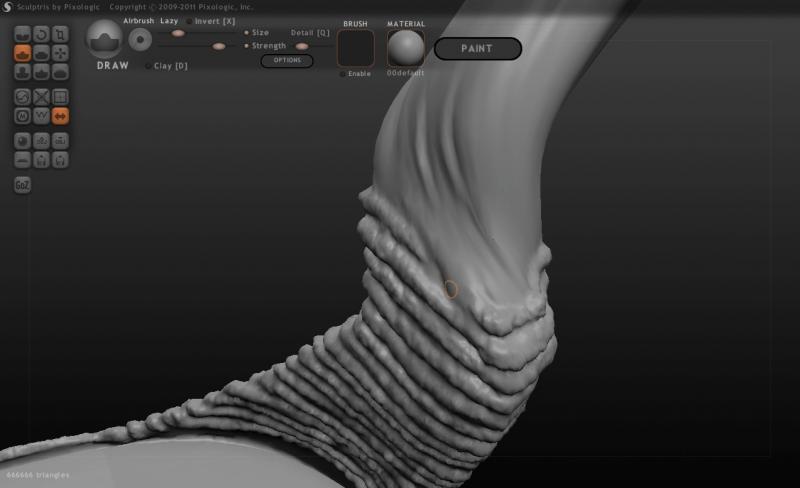 Whatever I'm doing, it's wrong

I decided to go with a pattern which I'm not sure if it's found in nature in horned animals but did make the horns look twistier. 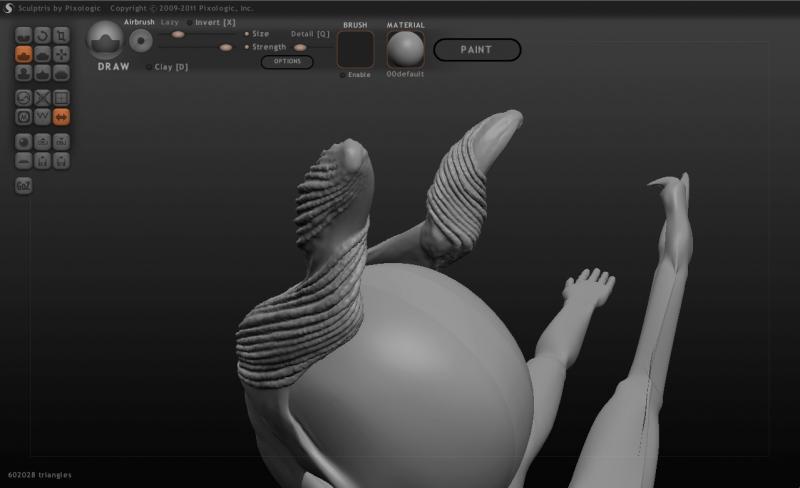 Most of this rework eventually became about smoothing and redoing lines to make sure everything fit, and the end result was the horn crest being closer to my original design and the horns nothing like what I had in my designs but I think it works (in my sketches the horn banding is horizontal and will be for the Dragonkin with normal horns, and the rest of the horn crest continues the pattern out from the gem whatever that may be, though in my sketches I'm also usually lazy and just shade the horns, especially for this one). 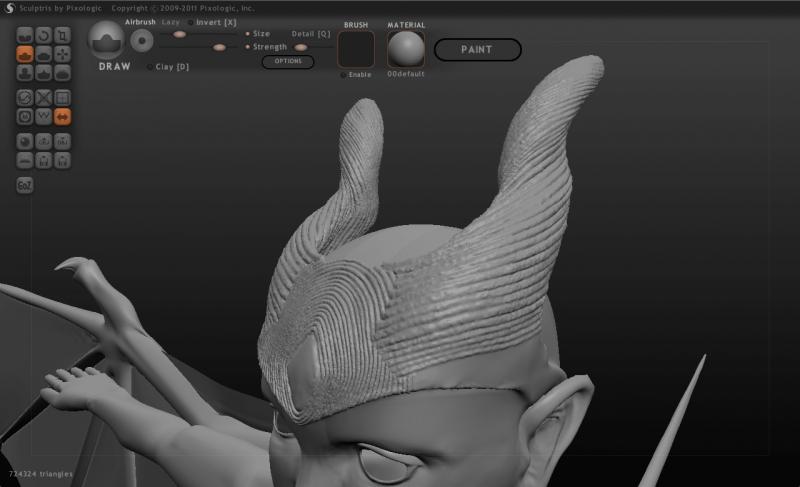 Just need to do the rest of him and send it back to Lightwave (probably via Meshlab to see if it will retopo cleanly into a mostly quad mesh) for texturing, and I feel freer to make some clothes and tools and buildings and all sorts of good things as well as starting on other characters now.  Next in line is Captain Pilot (not her real name, I don't know what her name is, Red refers to her as "Captain" when he addresses her and I just call her "Pilot" in the script), who will not have comic book proportions because I've tried that one already and failed miserably (mostly because I was laughing too hard at how ridiculous it looked).

Fed to Artician and cross-posted to deviantART.