I got stuck in "after I finish this bit" loop again when I thought about taking screenshots. 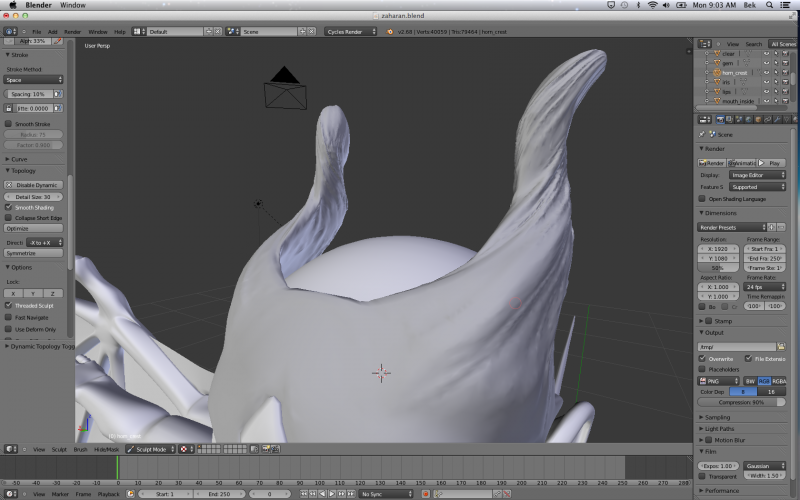 Repairing the twists in the horns (following the spline guides mostly worked though near the top some of the twist is wrong and is being corrected) and rounding out some bits that are too thin (and that I couldn't see as a problem when I was doing the spline guides because there were a billion guides, and only noticed as I was edging upwards).  Also making the ridges and whatnot more prominent and varied so it looks more organic (hopefully) and less plastic.  I was originally intending on making the horn ridges bump maps rather than geometry, and will have to see how I go on the other characters but I have a feeling it's going to look better as geometry so will just bite the render time seeing as I'm not making a game :)