Happy new year everyone! gleki ninyna'anunsla if you speak lojban :)

Somehow, from somewhere, I have this 7 year old. 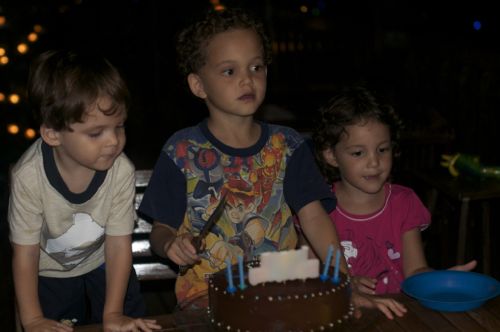 The Little Big Boy turned 7 a couple of days ago.  He requested and got a chocolate cake which my mum made.  It was very tasty.  The "oldies" were commenting on how fast he turned 7.  I'm trying to work out how he survived that long ;)

Cub made a new friend (and had people teasing about his "girlfriend" and them going under the tree to look at the lights was "romantic").  Their conversations were supercute.  The little girl had a Tigger doll which she put in a plastic toy wheelbarrow and Cub pushed it around after her for most of the night. 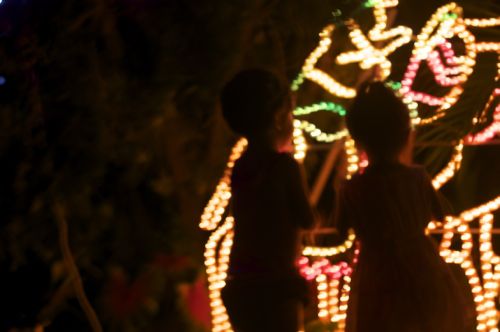 We've had a few nice days but the tide was up kind of like: 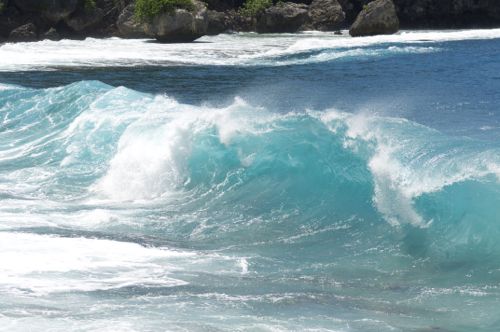 Probably decent for boogie boarding, probably a bit low for surfing, awesome for Josh and I, but a bit on the large side for kids that can't swim.  Not that that really stopped the waterbaby, had to call her back from the water. 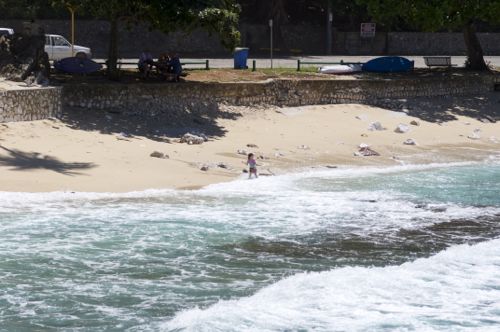 And of course had to take yet another photo of Tai Jin House.  It's probably massively haunted but I still reckon it was and would be a nice place to live.  Going to go up and have a look and what's been done with it, apparently it's a museum these days. 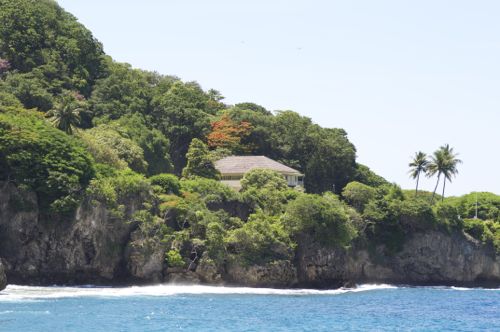 Okay, so done new age, new year, photos...oh yes, no new resolution.  This year is the same as every other year.  Be more organised (which I started late last year, and saying that always feels slightly weird this early in the year, been slowly getting better as the years go past so it shouldn't fail catastrophically) which should lead to everything being better.  And I am determined to have all the AR stories that are currently in my head out in this world sometime in this lifetime.

Unfortunately I (still) don't have any new actual artwork to show.  I've been polishing up the scripts (the first 6 are pretty much settled I think, 7-14 are done, still a little bit rough but only minor polishing required, nearly complete!) and v-e-r-y s-l-o-w-l-y (re)building Za'haran.  My MacBook has 8Gb of RAM but I think I need more powerful cpu and gpu as I'm not getting real time visual feedback when moving points around in the frozen model, which is most of why the going is very slow. 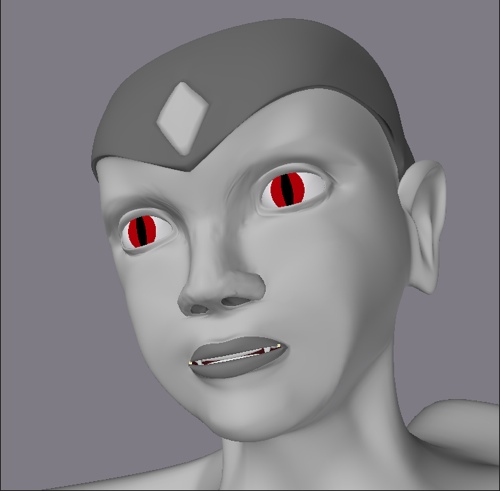 Here I'm working on the nose and mouth.  I have this love/hate relationship with working with the actual mesh as opposed to the subpatch cage.  The subpatch cage is a metric buttload easier to work with, but I can't get it as detailed as I can working with the actual mesh.  This one looks a lot better than the last version anyway so whenever I'm feeling flustered because it's SO DAMN SLOW or because there are SO MANY POINTS I console myself with the fact that it looks better and I can work more details.

I have decided to put the top membrane into the wings (which required bending the wings slightly as they won't T-pose with that membrane there), which was easy enough to add in the base models but is going to be rather time consuming to add to the Za'haran model due to oft-repeated slowness problem.

I am fixing that particular problem by getting a maxed out iMac sometime after our return to Perth.

What did everyone get up to over silly season?