Loves long walks in the bush and fig jam

Walking distance down the road from my place is Pioneer Park. 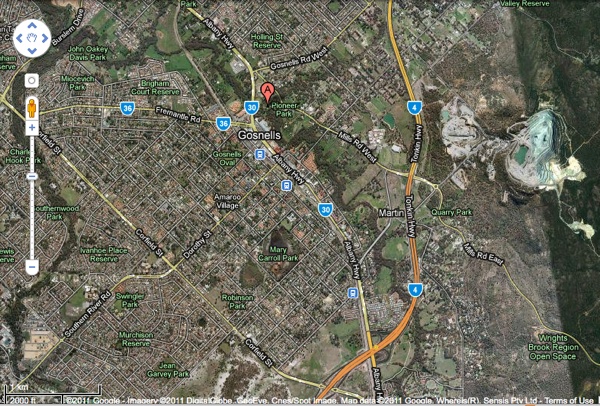 It's marked "A" on the map.  Josh and the kids went there to pick figs.  I decided to take the dogs (and the toddler, who had to come with me as Josh was taking his car) for a bush walk.

A good, long, decent bush walk.  On a subsequent walk along this trail, I went past this huge expanse of open area Tao and I had reached before we'd walked up to the road and walked home as it was getting close to dinner time (but not dark yet, because it's summer in Perth and it doesn't get dark til 7:30-8pm).

This time I kept going and after I walked under this really high bridge for a very wide road, I decided to check with the trusty iPhone to see where the heck I was.

It told me Tonkin Highway.  More specifically, it reckoned Tonkin Highway where it crossed over Albany Highway.  I was walking along the river so follow the big green snake.  Got some photos with the crappy camera on my iPhone, might have to head back that way with Josh's camera.  Also, was busy keeping an eye on a certain toddler.

Quite a lot of the big (gum?) trees had been broken.  Josh blamed termites.  I wonder if it had anything to do with some of the winds that have been blasting through.  Our neighbour lost part of their fence. 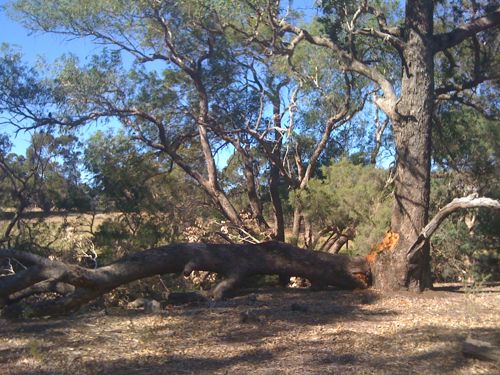 This one however may have been infested by termites.  I don't think it was quite as impressive as the one that had dropped a branch right on top of the trail in the first open grassy area, but I failed at taking a photo of that on the way up because I'm stupid, and on the way back as I was too busy trying to keep toddler out of the long grass. 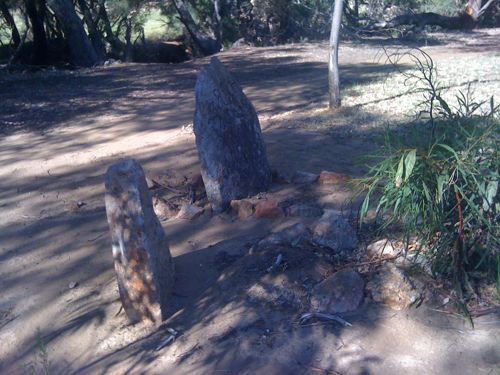 Someone's best friends are laid to rest in "the second open area" (according to me the way I walk).  That back stone has two graves on either side of it, with engraving on both sides.  The one in the foreground is unmarked, but there is an area marked out the same as the others with large rocks which makes me wonder if someone else was buried there but the stone hadn't been marked yet.  I always feel a little sad when I walk past here, yet there's also this strange peace. 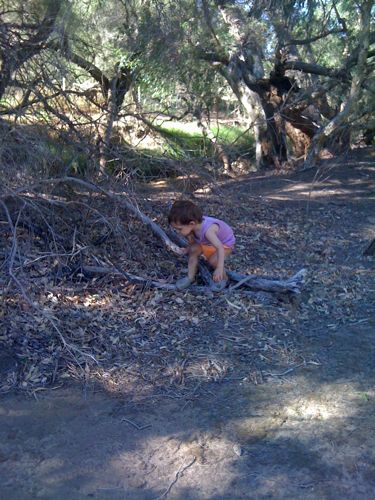 Onward my intrepid explorer toddled and scrambled! I think he just climbed over that branch to see if he could.  There was exactly no reason to do so. 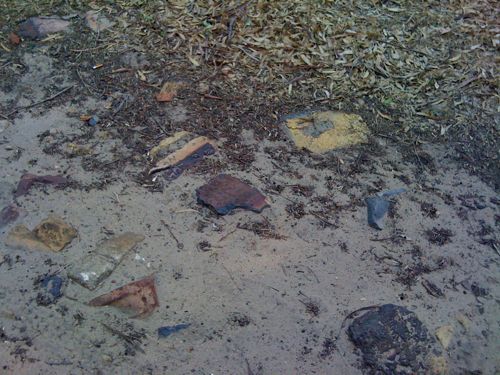 I think I took a different trail on the way up as I don't recall seeing these til we were walking back.  Wonder if there was some kind of building here at some stage or if it just got used as a construction site's dumping ground. 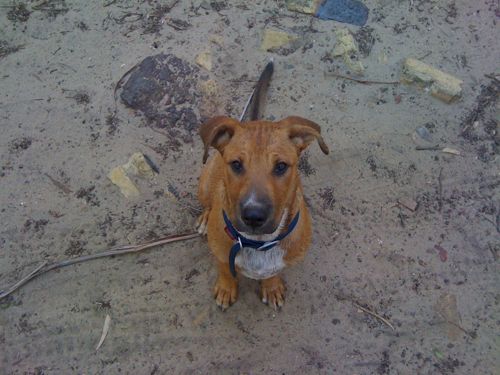 He is such a good dog.  Seriously, doesn't pull, walks at heel automatically, recalls fairly easily.  Even started doing that with bad influence hyper dog around (I do love bad influence hyper dog, really, just wish he wouldn't pull so much as he walks on the left as he's used to walking on the left and he pulls and my left shoulder is munted).  Which is great as he's about 4.5 months and nearly as big and strong as Rar, just not as heavy.  Yet.  He's gonna be a big dog.

Day ended with a barbeque with some friends we don't see often enough, and fig jam.  It was good.

Simplistic musings on cats and dogs, or ramblings about why pet shops shouldn't sell them
April Homeschool Miscellany
The Angus Saga
WednesdayWalk: down by the river
June ProgBlog #4: and I would have gotten away with it too if it weren't for you meddling kids and your darned dog!
Guinea piglets