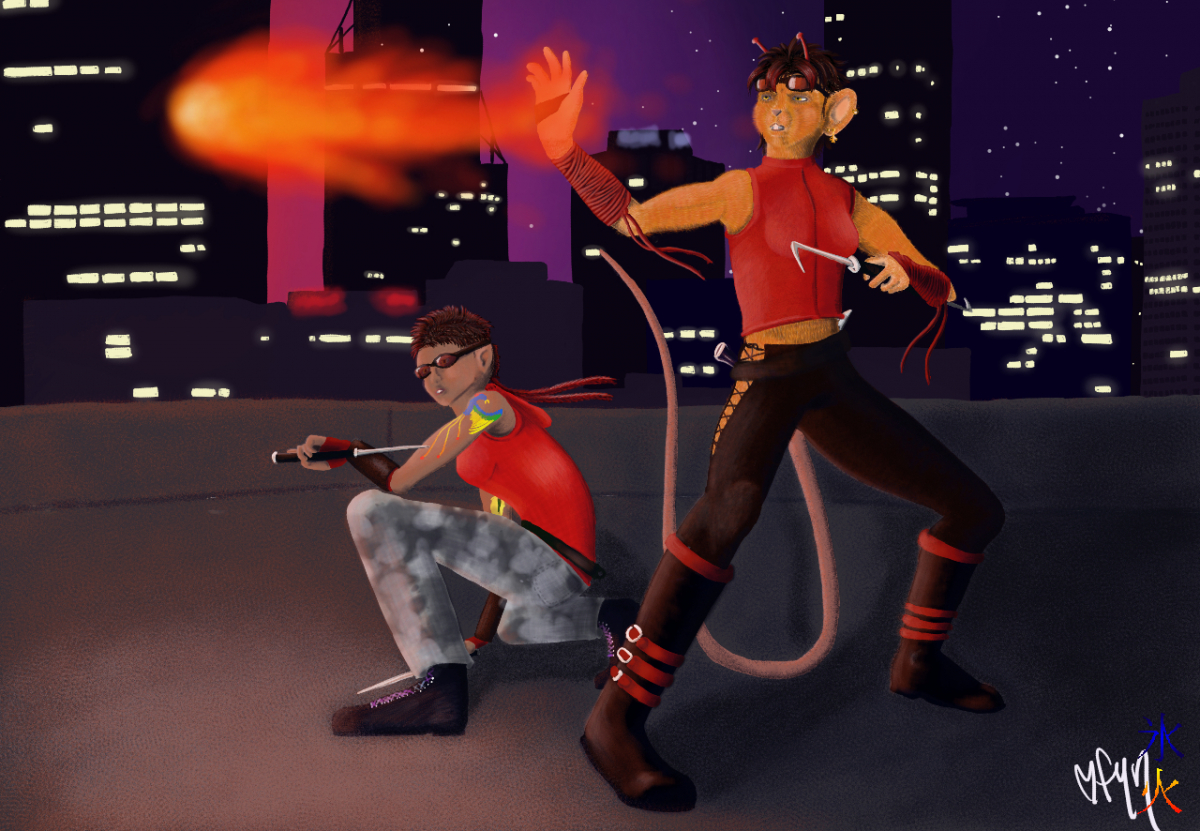 My two characters most likely to get caught up in a rooftop firefight.  A redo of the last piece I did three years ago which I wasn't that thrilled with when I finished it.

Starzone is closer to her original design this time round mostly to show character evolution.  I was under 17 when I came up with the Biker Mice fan characters so I really can't remember what I was thinking when I decided she could normally wear clubbing gear or have those odd blades of hers.  In roleplays she is usually dressed more like Zara because it's more sensible.