Tell me baby, what's your story? 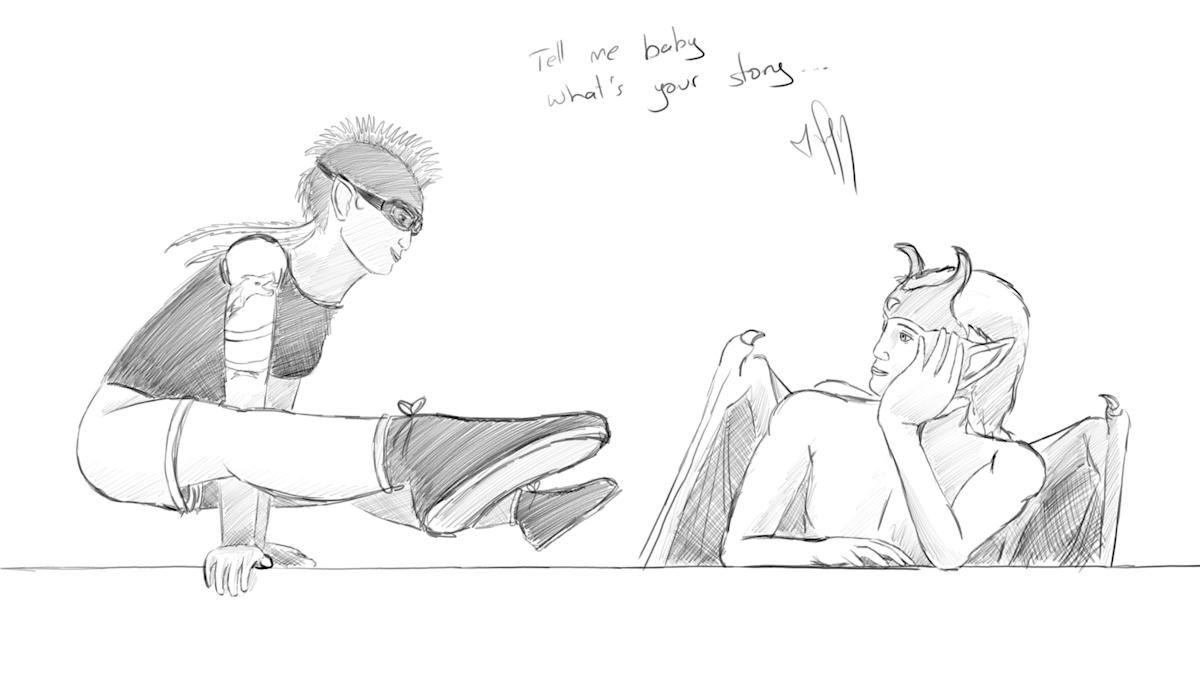 Where you come from and where you wanna go this time?

Zara and Zul'jinn hanging out in a courtyard either at Zara's aprtment complex or more likely Juan's place.

There isn't so much rhyme or reason to this, it just kind of happened while I was listening to the chorus of Red Hot Chilli Peppers: Tell Me Baby.  As a young adult most of Zara's gymnastics skills simply augment her fighting style but every now and again she likes to randomly show off.  I think she's going into a straddle press handstand on the wall.

One of these days I will do nice rather than sketchy close ups of the tattoos.

This took longer than it had any right to as my Flier rigs seem to be rather borked.  Appending the Dragonkin base was causing Blender to segfault but linking was doing something weird with the tail rig and for whatever reason the spine guide refused to move with the rest of it (I am quite certain it's parented in the model).  I ended up rearranging the entire scene around Zul'jinn in the interests of getting it into Krita.

Then I felt like colouring but that would have taken another round of forever so I just attacked it with the pencil after I'd finished scrawling.

Then I realised I forgot to go to bed again, so no more working on wing membranes (which is what I was trying to take a QUICK break from doing).