Small thank you for a good friend 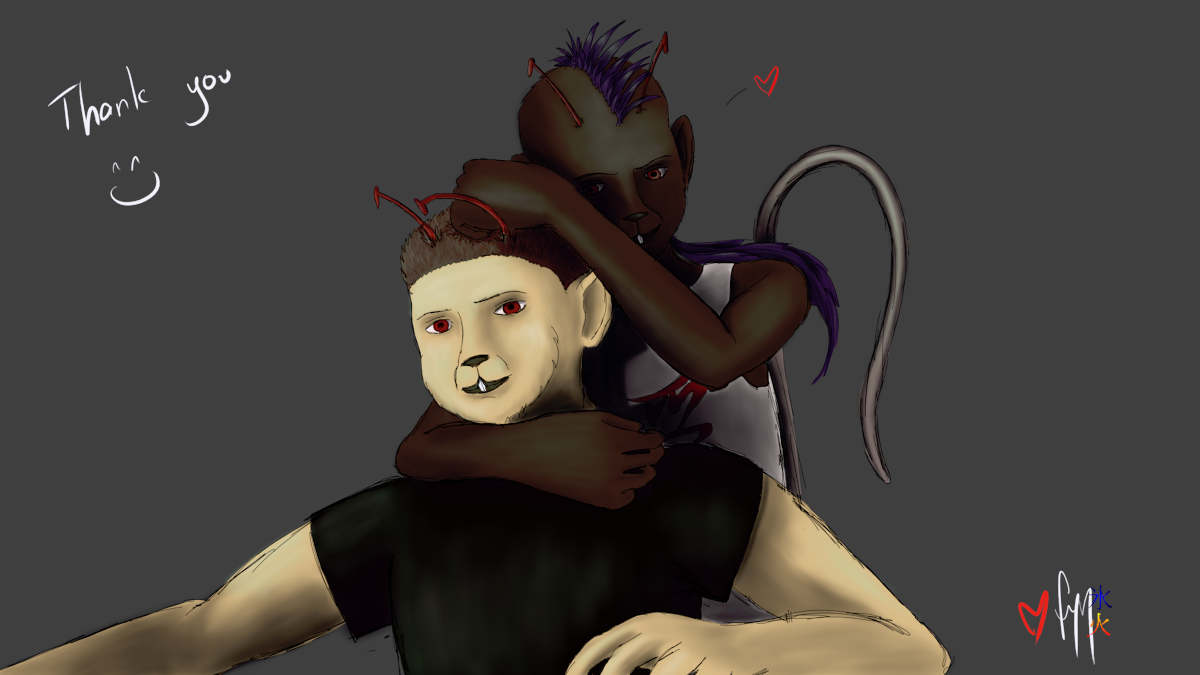 Quick thank you sketch I scratched out for a very good friend of mine.  We've been chatting constantly online for years and years now and haven't actually met in person, but this didn't stop him going above and beyond one night, staying up with me while I was having a meltdown over my failing computer system, helping me research problems with first Ubuntu and then Chakra, and finally recommending Manjaro and waiting around while I muddled my way through the install to make sure I would at least be able to go to bed having gotten the system operational.  He even said that if there was a way for him to do it for me so that I could go get some sleep (it had been a really, really trying couple of weeks leading up to that point and I was over it) then he would.

If I could have glomped him from all the way over here then I would have, but seeing as we're in different hemispheres I did this instead.  Gave it an extra layer of light and shadow (normally will only do one for sketchies).  We met on an early version of Red Planet over a mutual appreciation of the Biker Mice from Mars cartoon hence me turning us into giant anthro mice with antennae.