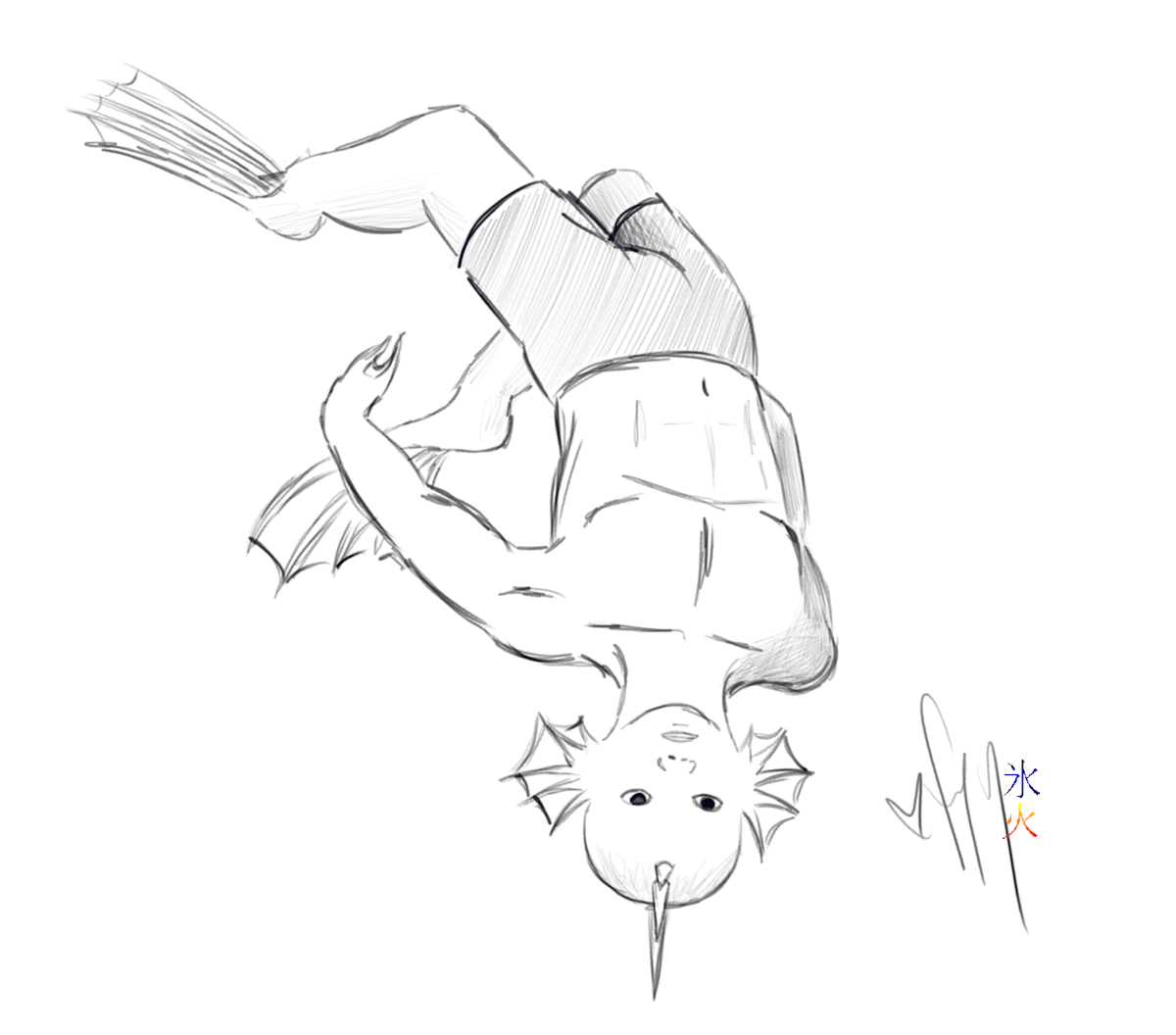 Apparently there's a thing called MerMay going on where people are trying to draw merfolk this month.  Seemed as good an excuse as any to draw a Selkie as they are in the AER-verse.

The Selkies and Nereids are water-based Evolved.  The Selkies breathe air, some of them can speak Cetacean and are usually able to flop around on land (to some value).  They dehydrate really easily and need to either drink a lot or be wet down on occasion.  The Nereids have gills and will drown/suffocate out of water.  Like their Terran based counterparts, they vary widely in phenotype.  This one in particular is a redesign of an old character who was originally a gang member/antagonist in one of the early version of the scripts.  The three members of that gang got scrapped as I simplified the scene they were supposed to be involved in down by quite a lot.  The only thing that really stayed constant were the head spikes, the flipper feet, webbed hands and fin ears are new, because I didn't think things through as well (or too much) as I do now.  He has a bit of difficulty manuvering on land, water is his element, oddly :)