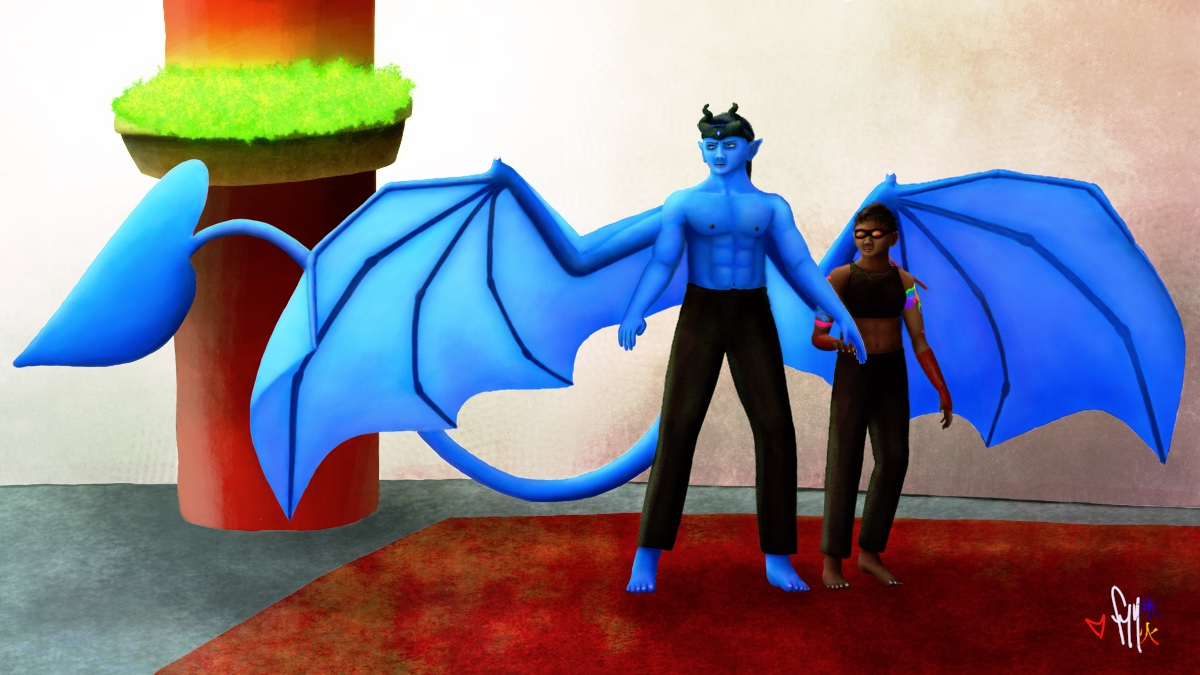 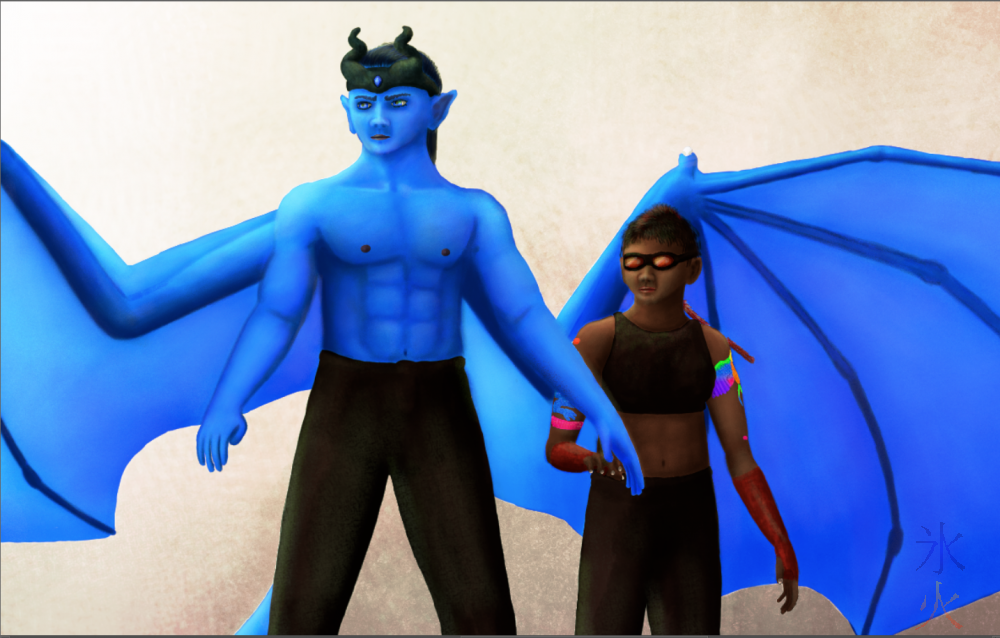 I tend to make myself 2560x1440 wallpapers when I'm doing these things which is why they're usually all the same dimensions, and also tend to zoom enough to include silly little details that is unlikely to be noticed when I do full body shots and then shrink it down to 1200px on the long side, like the green fleck in Red's eye. 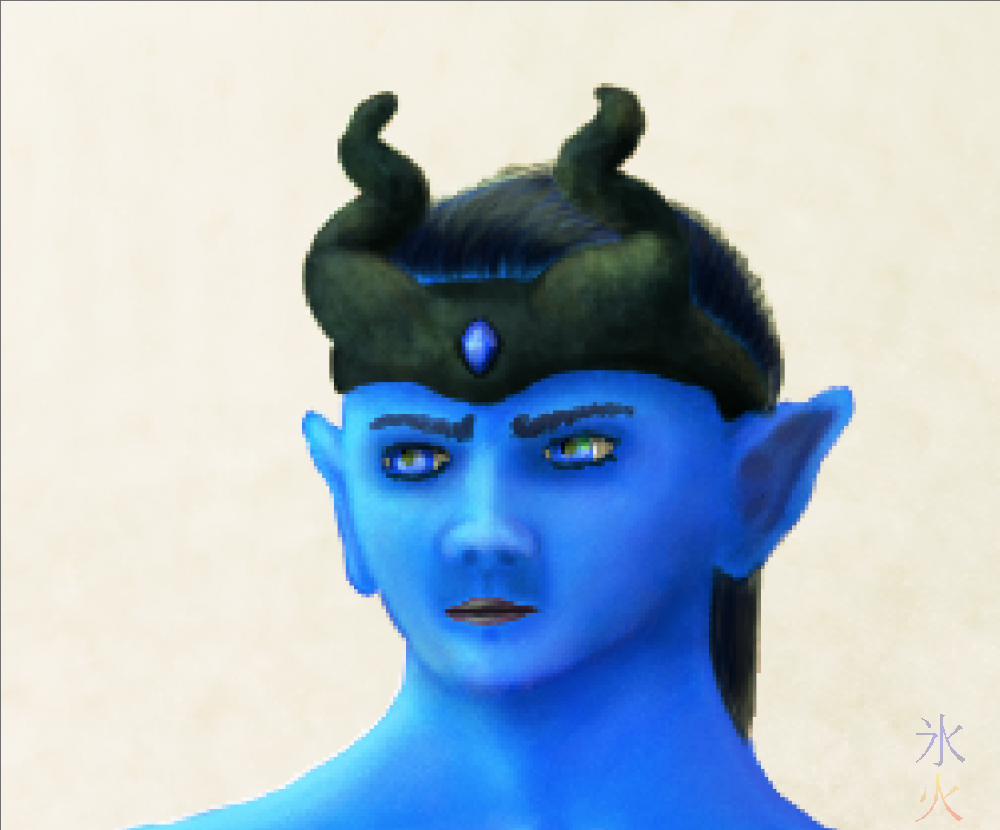 As I may or may not have mentioned in the last progblog, this one was slightly different from how I normally work.

Firstly, I had Red and Zip models ready to go (though I want to retopo Zip which will require rebaking tattoos aaaaaargh so that's definitely a thing that can wait til I get back to the big rig) so drawing was much quicker. 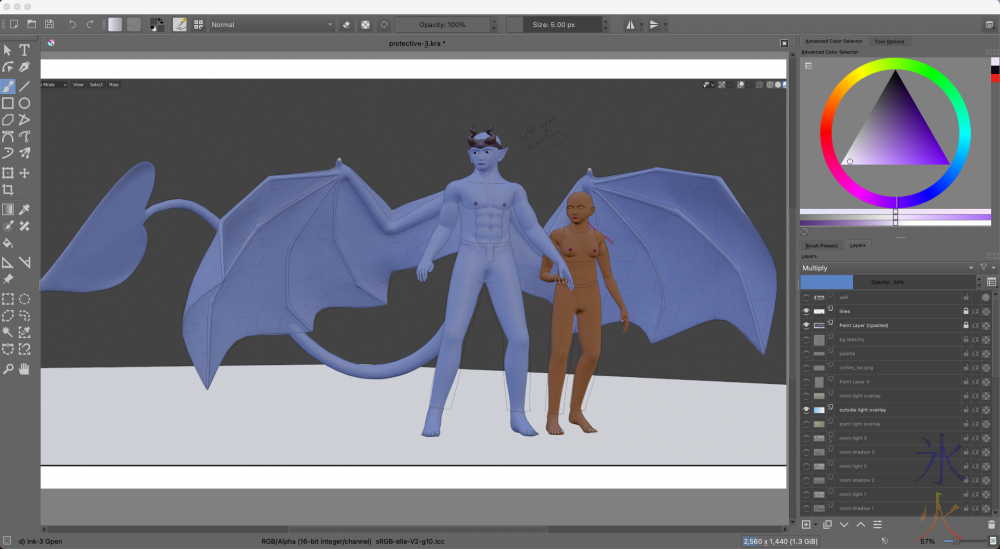 Normally I use two overlay and one multiply layers for shadows and two overlay and one screen/addition layers for the main light sources, and if there are any other lights I kind of just add them in over the top.  I vaguely did that setup for the fire and for the sunlight in the Witchies piece as it seemed like a good idea at the time, and did it slightly more deliberately here but this time starting from the weakest light source (the plant light), and going up through the light coming in from outside on the offscreen door and working up to the room light (coming from the ceiling).  I also somewhat planned (or at least pre-selected all the colours for) the palette, usually I kind of blunder along testing colours as I go. 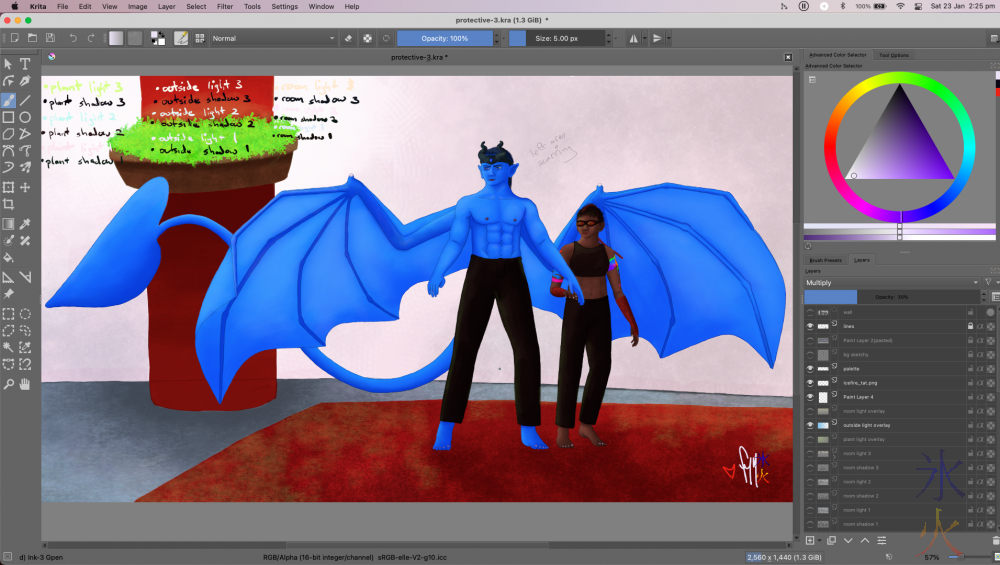 Adding on the outside light layers: 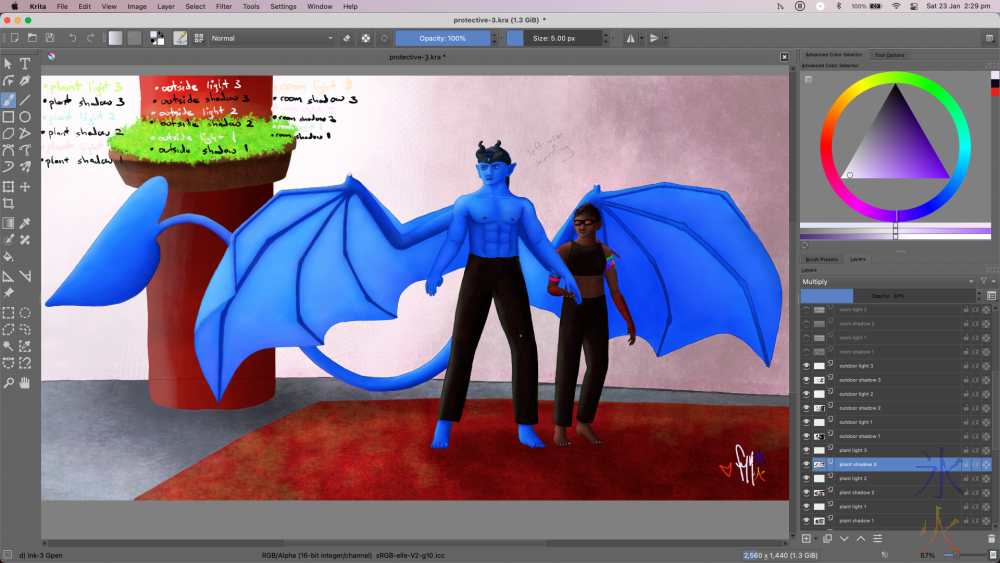 and then the main light layers: 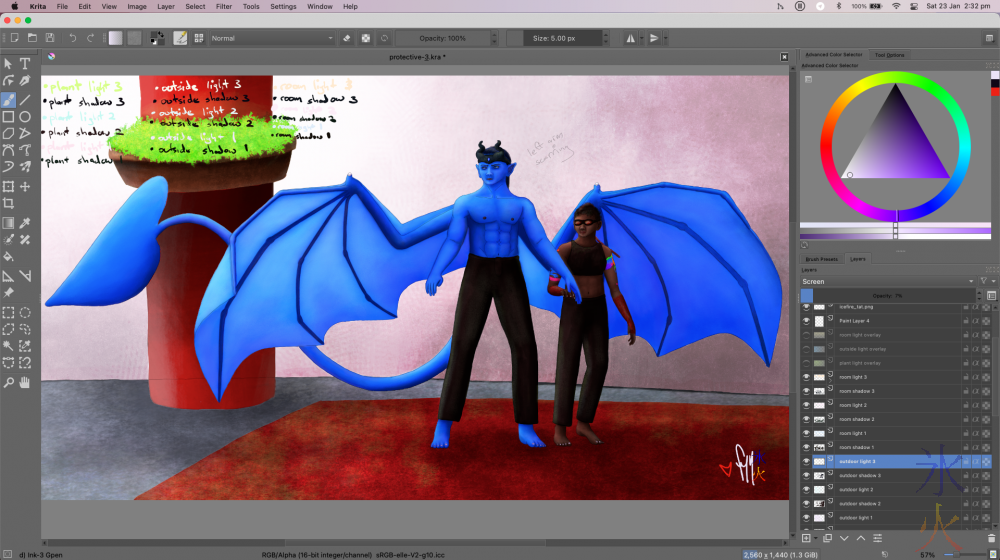 The room ended up being slightly dark which made sense seeing as Zip is photophobic and was in the room first so wouldn't have had the room lights on at all, and Red, knowing this, would have turned them on just enough for him to see clearly when he came in.

I really loved the colours that came up while I was colouring.

The last three layers are green, blue and yellow overlay layers to vaguely pretend at radiosity.

This is actually slightly later than I wanted it as I feel like this thing has been down more often than not while we've been away as our router is being flakey and we've had to get the outlaws to kick it every time I wanted to post x_x Hopefully it stays up long enough for me to get a progblog up tomorrow, I've started making sets (or more specifically Acaedia) and it's kind of exciting, sets are faster than characters (but also more painful because I have to measure things).