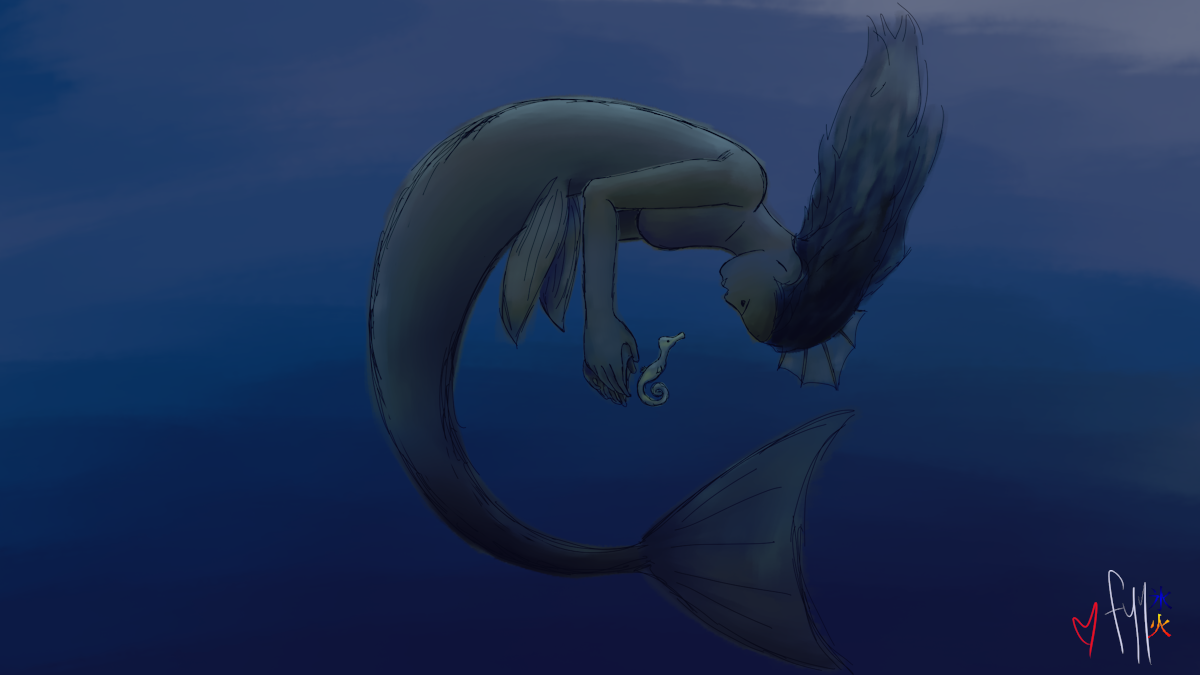 This MerMay thing (whatever it is XD) gave a good enough excuse to draw examples of the Selkies and Nereids as they appear in the AER-verse (examples because they vary massively in appearance depending on...a lot of things).  I attempted a more "stereotypical" mermaid here which meant it's either an early Nereid or a reef/shallow water Nereid.  The ones that live in shallow water are more likely to resemble Base humans.  The ones that live out in the deep sea only bear hints that they evolved from humans.

The Selkies usually have the cetacean/seal traits such as horizontal tails and breathe air.  Nereids have more fish/aquatic animal tendencies such as gills (which uses the existing nose structures with modifications for the shallow water ones and gill slits in the deeper water ones) and vertical tails and an abundance of fins (though this one only has a fin on the head).