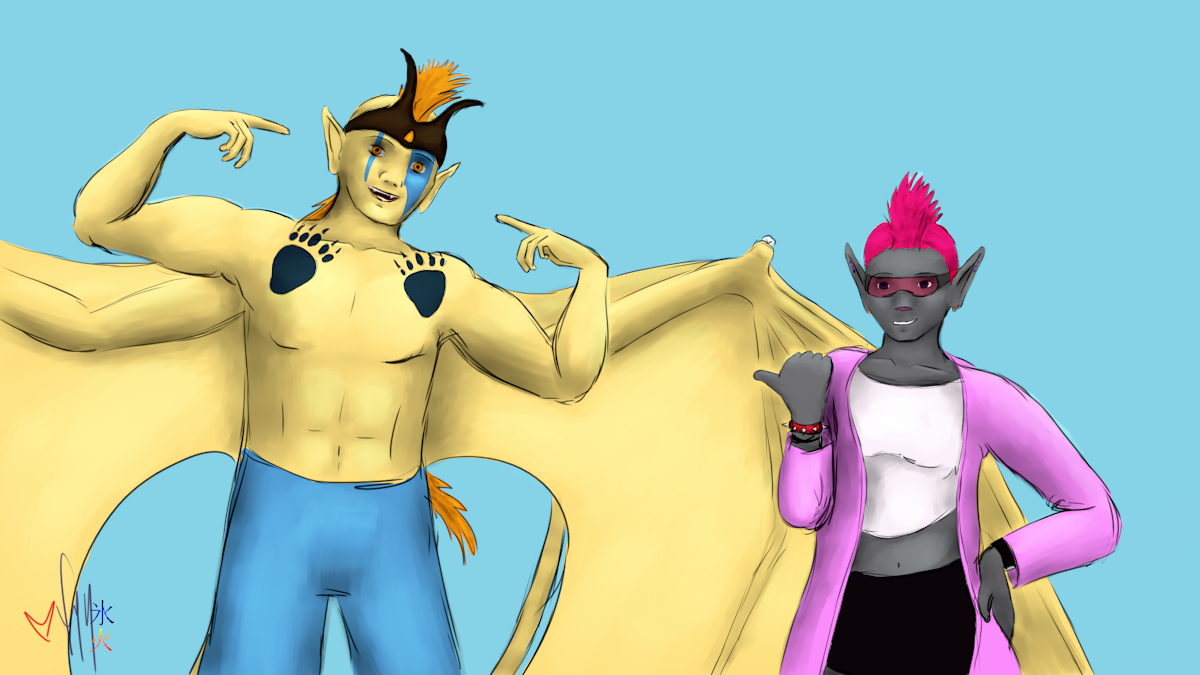 You only need one other person for a party right? XD

I'd settled down to work on poor f3nix's avatar (poor because they've been waiting ages for it! I'm so sorry!) but there was something wrong with my hand.  Lineart was excessively slow and shaky, I kept having to redo lines constantly and despite drawing over both a sketch and having the base available (though it was broken as I had a set of bases that just wouldn't render correctly for some reason) I could not for the life of me get my hand to cooperate or certain bits to look right.

Somewhere at the back of my mind prickled the idea of the "warmup sketch" which I had actually first encountered on steem when one of the artists I watched posted some.  I still can't tell the difference between a warmup sketch and a regular sketch but it seemed like a good idea at the time.  I'm not the type that does all those drawing exercises and stuff even though I probably should, and at any rate as soon as the idea for sketchy happened I decided to do the modifications to Boomy and DJ Kubby.

The bases were finally behaving themselves which made them a lot more pleasant to work with. 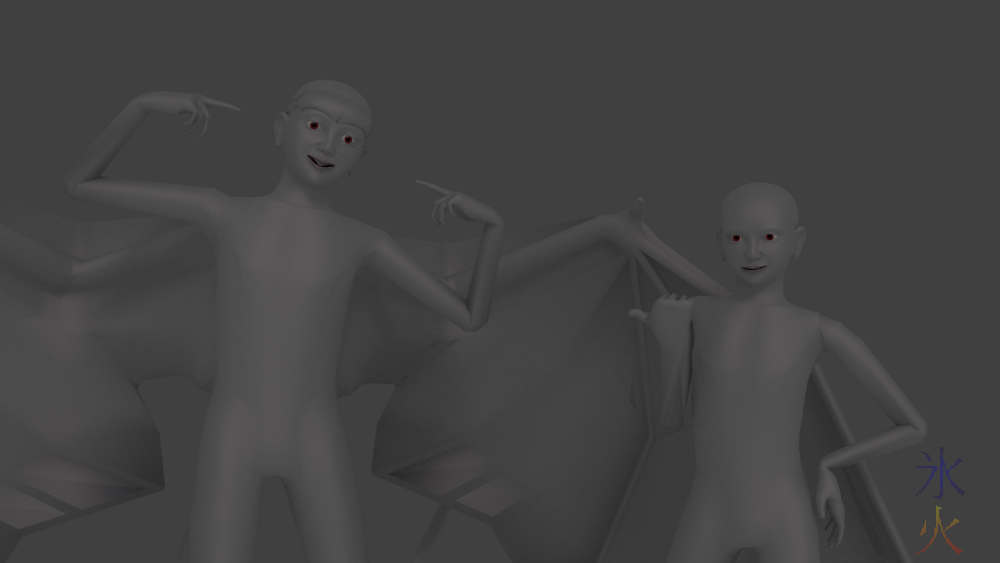 @meesterboom: I drew the cameo without tattoos as I wasn't sure if he was a Tribe Flyer or not, and then asked Boomy if he would like the Braveheart face paint.  He agreed, so I gave him blue stripes and bear print tattoos.  And chucked him into Clan Alba.

@kubbyelizabeth: when I originally drew the character I got so happy drawing a girl with a short skirt and looooooooooooooong jacket I completely and utterly forgot Kubby had said she wanted to be a kangaroo with a mohawk.  It's remedied here, I don't know if she has a ratty because I don't know if one was wanted, if so we'll pretend it was behind her.

Sketching was a lot easier (being much looser and freer) than lineart, flats were pretty quick, and again I don't know what the hell was wrong with me when I started shading, it felt like I hadn't done it for a while.  OH WAIT I HAVEN'T.  I really struggled with the shadow layer but suddenly remembered how to shade when I got onto the light layer and that progressed pretty rapidly.

I have a lot of art to catch up on.  Somehow without neglecting everything else.  Now where did I leave that balance point?