Maybe specify the action (nsfw inside) 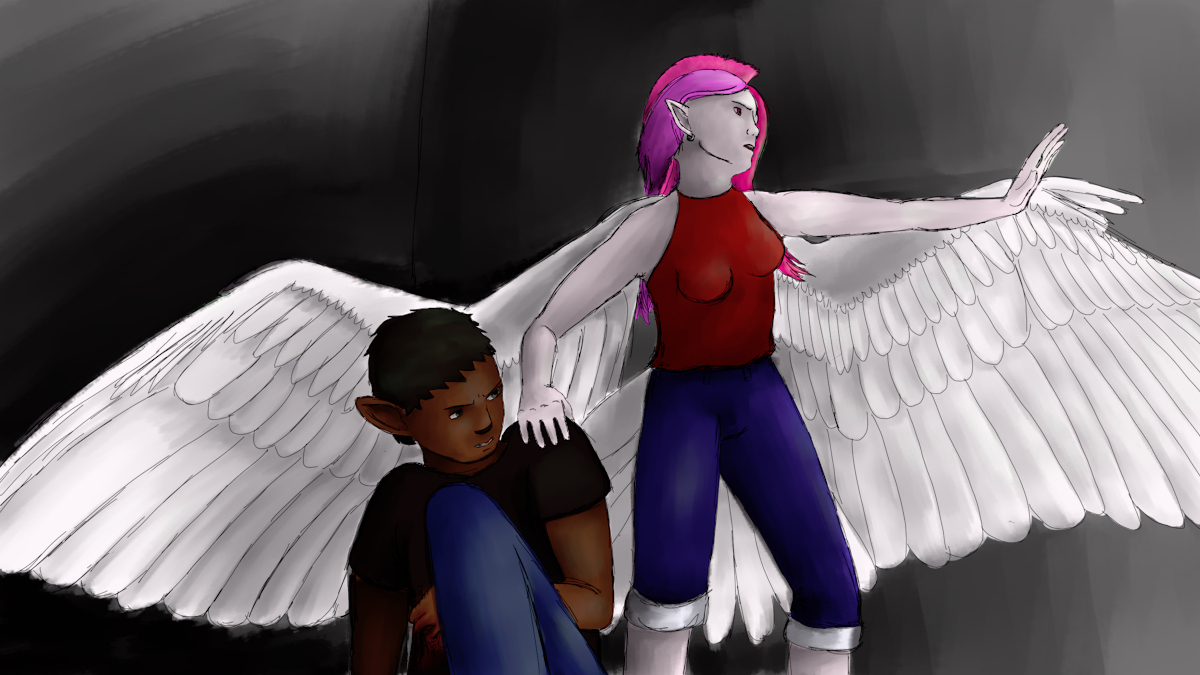 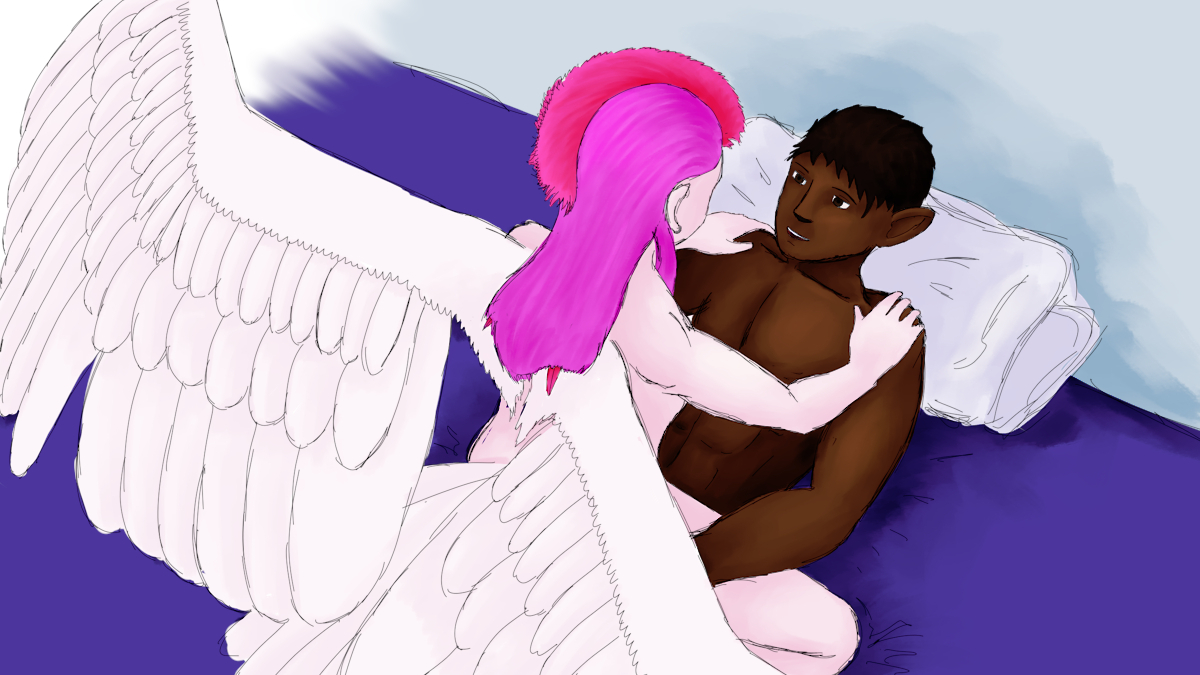 jedau requested an "action shot" of Aurelius.  It may have also been a pencil sketch request but I was doing so many scribbly pen coloured ones I kind of got carried away.  Oops :S

The nsfw one was actually the first one to jump into my gutter mind but after joking about it while trying to work out what kind of action shot Jed had in mind, I said I didn't think I was ready for another one yet, and turned my attention to the first one.

The basic idea was "how I met your mother" (so this scene would happen a bit before the block I'm currently working on), theme song is Owl City: Bird with a Broken Wing.

As is clearly evident, I haven't had a lot of experience with sketch colouring dark scenes.  I actually wanted to throw in the towel on this one as I was really struggling to get the focus where I wanted it (failed because Avians take up a lot of space because they just do).  Serves me right for thinking including Layla (I don't have a full name yet) would be an awesome idea.

Then I had the brilliant idea to just do the nsfw one because I need to start figuring out how that kind of stuff happens when there's wings involved anyway, as apparently a lot of the stuff in my head is only partially right.

I still can't do these with a straight face.

Basic idea was "you didn't specify what kind of action", theme song is Gorillaz: She's My Collar.

Hm, maybe I just needed to do the first one to preview for the second one as I haven't gotten around to figuring out how to do a click to reveal thing yet.