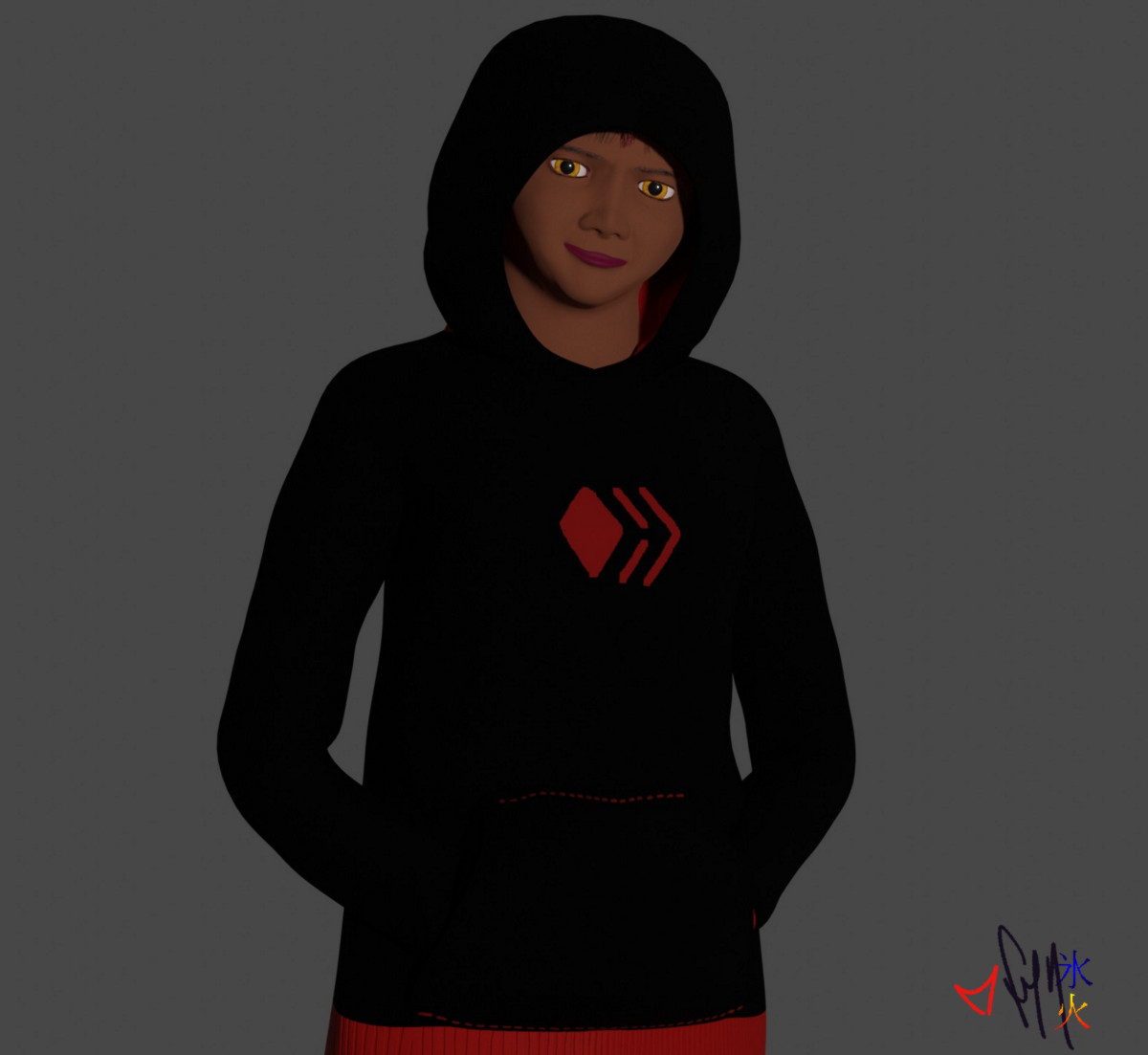 Quickie because sculpt fixing is taking forever and I felt like doing something else for a little while.

As I said in the last progblog, I had been intending on sketching Zara in a hive hoodie as I've drawn her in a steem hoodie previously, and then decided I should use her model instead.  Some fixing was required and that had to be done anyway so it got done, and then I made the hoodie together out of a cube. 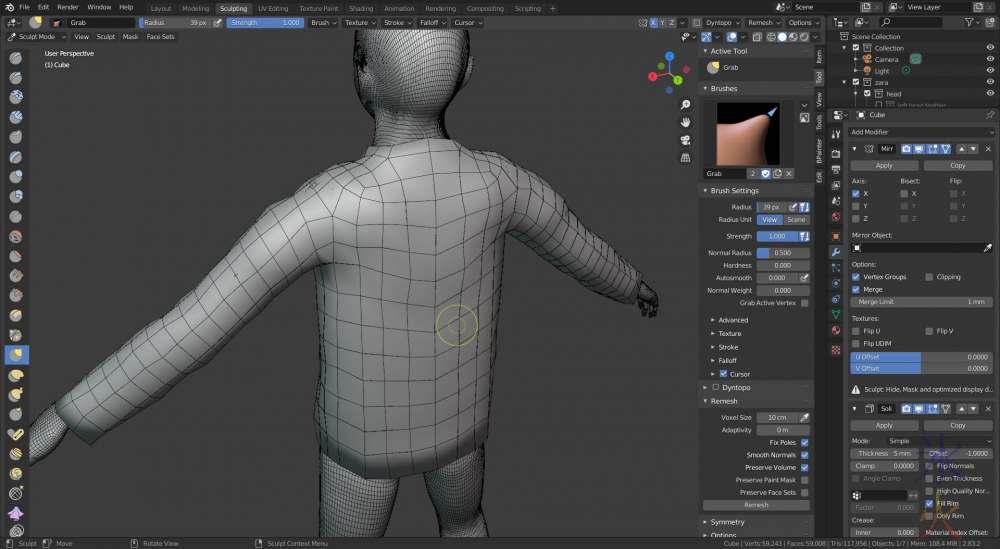 Youngest had seen the hoodie in the initial cube state (I'd done some loop cuts and positioned it around the chest area) and commented that it looked like a Minecraft shirt.  Then he walked away for an appreciable period and I was up to this when he came back and after ascertaining that it was still the same cube, he then declared I was a witch or a magician or something to that effect.

Next step was finally testing out bpainter which I bought not too long ago.

I just dove in with minimal knowledge (haven't read the documentation, just have some idea what it can do because I watched a few videos about it and Layer Painter when I was trying to work out which one would be better for me) and decided the only thing I don't really like about the hive logo is that I struggle with straight lines which is why all my old drawings with city backgrounds had deliberately wonkered lines if I couldn't be bothered doing the perspective lines which was almost always.  Figured out how to paint relatively quickly and as I'm relatively comfortable with the node editor and really just wanted to be able to paint I was pretty happy with how quick it was to pick up.

From the videos I watched it can do a hell of a lot more complex and interesting things which I will probably figure out down the line.

I did also quickie test out some of the tools from the retopo addon on the existing mesh (mostly spacing and relaxing vertices) and am so far happy with that too.  Have yet to put it through its paces which I'll do when I'm redoing Red.  My only minor annoyance is that I can't seem to get it to work with an existing mesh.  It may do, I ended up not fixing Zara's hip area because I was too worried about messing up the existing uv maps too much.

Pretty happy as currently it looks like I'll be able to do everything in Blender, and the only thing left to figure out now is baking which I guess I won't be able to avoid for too much longer.  On the bright side the only things I really need to bake now are the family tattoos from one model to another and I hope Blender is able to do that x_x

This work by bek (ryivhnn) is licensed under a Creative Commons Attribution-NonCommercial-ShareAlike 4.0 International License.