In the heat of summer sunshine 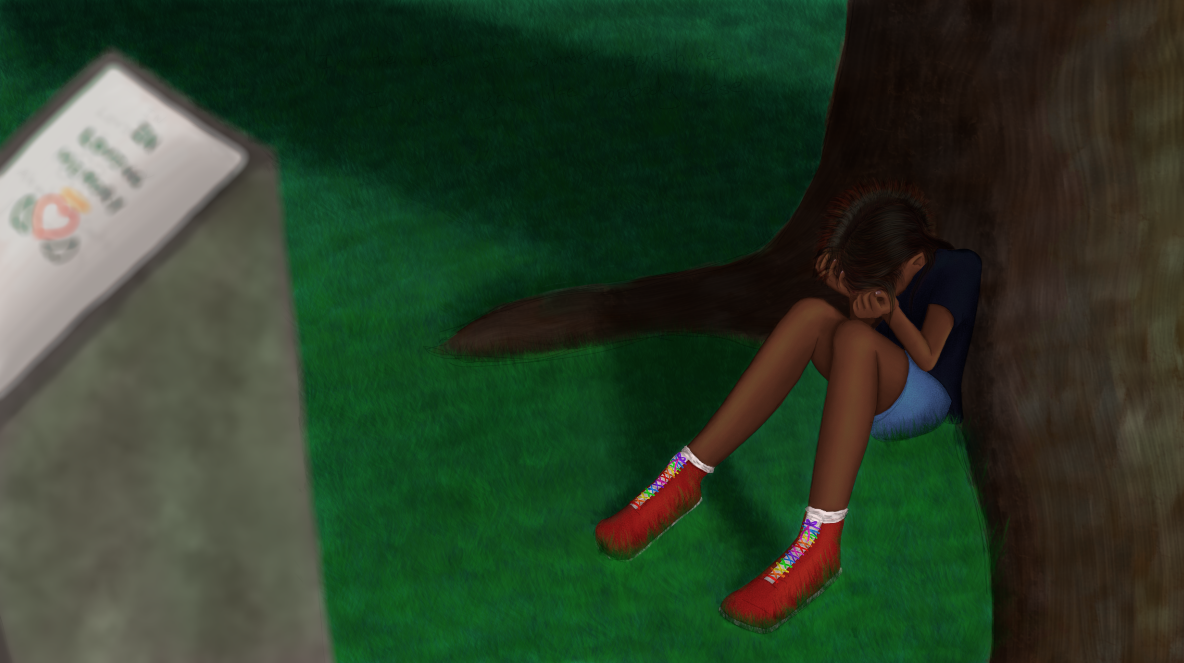 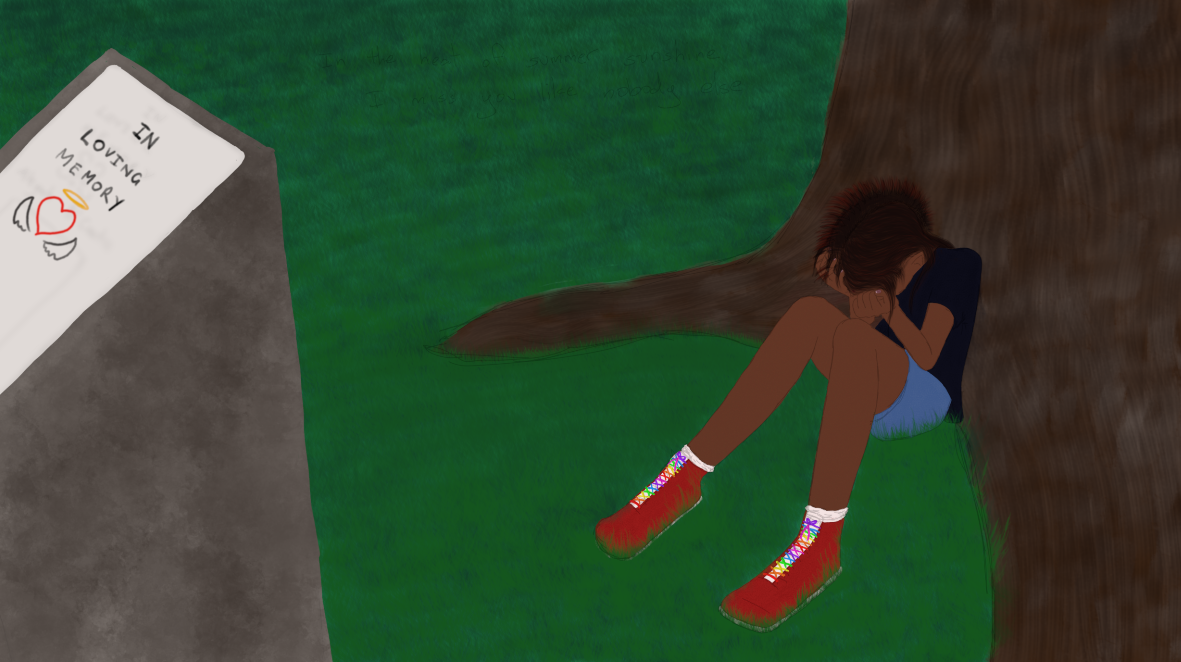 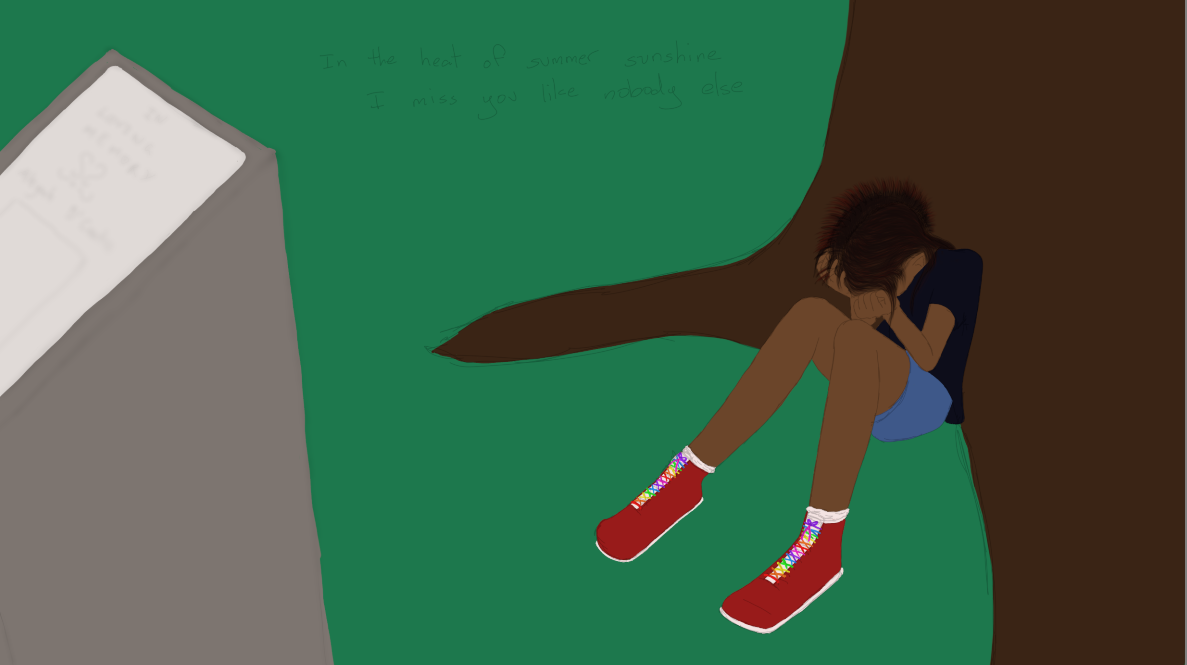 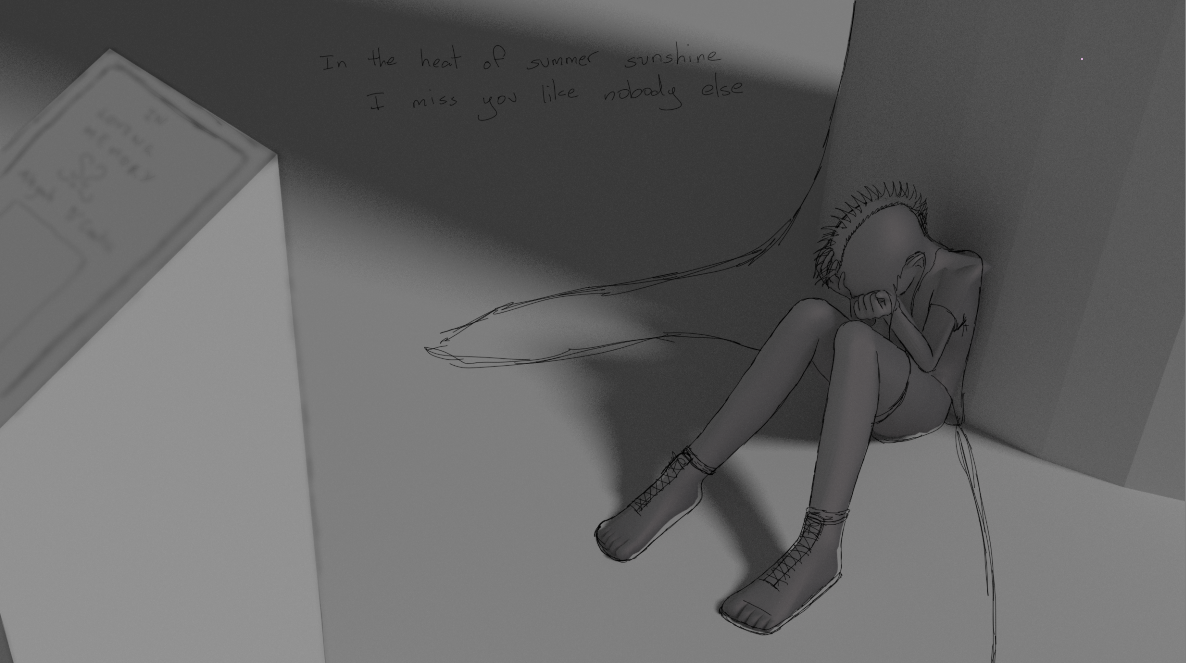 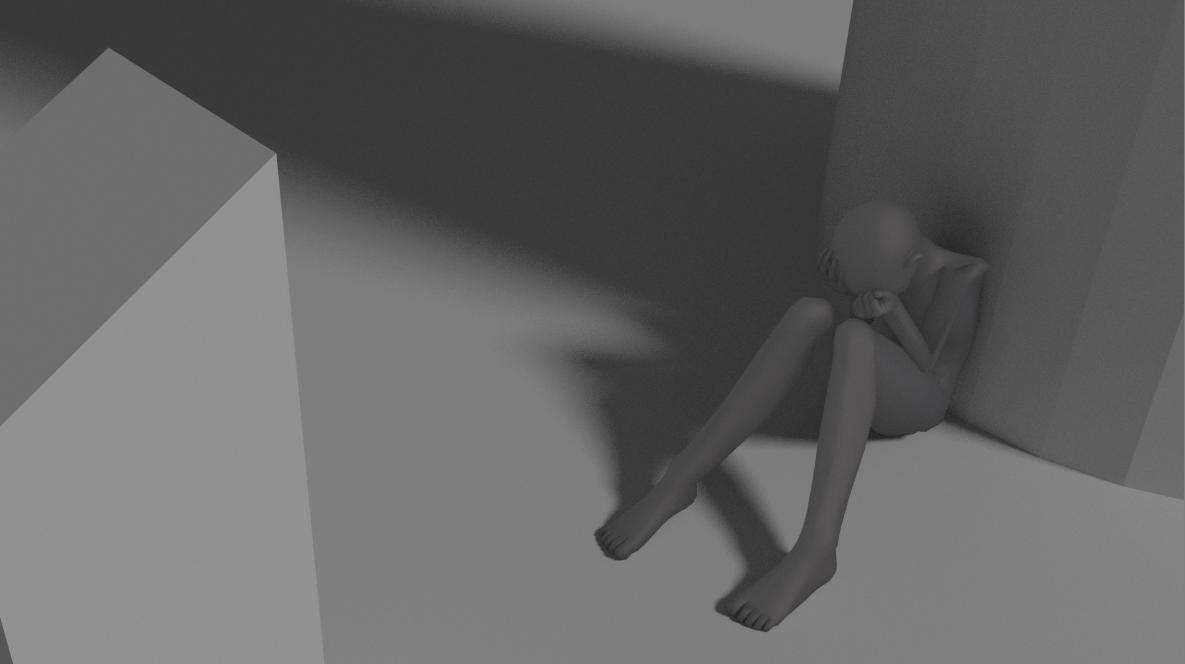 The memorial forest was quiet.  It usually was, especially at this time of day.  Walking on autopilot with her head down, Zara unerringly wended her way to the tree she wanted.  The markers were all identical; elegant stone slabs extending a metre and a half out of the ground in their neat little rows.  The trees were a bit more individual, growing wild and free.  The marker simply said "In loving memory".  Zara absently touched the screen on the top of the marker.  It brought up a timeline of all the people that had been buried under that tree.

The most recent one was her mother.

She brought up the record with a flick, and tears burned behind her eyes as her mother's image smiled at her from out of the static screen.  One time at school there had been a history project involving family trees.  Zara hadn't done very well on that one.  Mum wouldn't tell her anything about her biological father, allowing that he was an Avian given that there was no other logical way to explain her crest and head feathers.  Mum was an only child, and had given her the names of her parents.  They lived on the other side of the city.  When asked why they never visited, Mum had simply told her that they weren't very nice people and that had been that.

They might have been nice, maybe, if they didn't suspect.  They'd eyed her crest suspiciously, been umimpressed when informed her hair was "just like that" in response to saying that she shouldn't dye her hair or have it in the mohawk at her age.  She made sure to keep her head feathers hidden around them.  She absently rubbed the back of her legs.  They were still bruised from the last thrashing she'd received when they found out she'd cut school to come here.  They were going to findout again obviously, as the school would be wondering where she was seeing as they wouldn't have been informed of her absence.

Fuck them.  Again the angry thrill of using forbidden language, even if she wasn't going to say it loud here especially, because Mum didn't like swearing.  Fuck everyone.  Fuck them all.

Zara curled up at the base of the tree, the gnawing chasm inside her suddenly growing and spreading in many white hot needles rushing through her veins.  She missed Mum and wanted her to come back.  It wasn't fair.  They were going to go to Juan's after dinner.  She'd said she'd get cookies and cream ice cream.  She hadn't gotten to see Mum's body.  They wouldn't let her.  It must have been bad, because her grandparents were really bothered by it, and caned her when she asked too many times.  Why did some people have to be such stupid racist jerks? There had been no reason to bomb the school or the office where Mum worked or anywhere in between or before or after.  Just because some people were too stupid to realise they weren't actually better than anyone else.  She hated the racist idiots.  She wished they would all die so no one else had to die unnecessarily.  Her entire body hurt, and then the tears started.

Wandering back towards the main gate from the Flier Memorial, Juan's eye was drawn by a subtle difference in his surroundings.

The tree markers bore the lines "In loving memory" above various random symbols until someone changed them.  They remained on whatever record was selected until there had been no one in the immediate vicinity of the marker's tree for at least an hour, and then the record was once more replaced with the generic message, patiently awaiting the next visitor.  Way too many of the trees had had recent internments.  Way too many recent pyres had been lit around the Flier Memorial.

The different marker read: Aleyah D'Costa.  Beneath it was a photo of the kind, smiling woman, her face and eyes filled with happiness and laughter, arms around her beloved and then much younger daughter.  His heart hurt.  Deviating from his intended path, he approached the tree, and as he expected he found Zara nestled in the roots.  She was in a light, restless sleep, her face still streaked with tears, her little body shuddering violently with slow but regular sobs.  He frowned slightly, noting the fading bruises on the back of her thighs.

He didn't know what to do.

Moving carefully, Juan eased himself into a sitting position beside the little girl and gently shook her shoulder.

She started awake, pushed her sunnies up enough to rub the tears from  her face with one arm, then replaced them and gazed despondently up at him.  He put his arm around her and she buried her face in his shoulder, a fresh torrent of tears rapidly saturating his sleeve.

"You should be at school," he noted.

"Don't care," she mumbled through soul shattering sobs.  He stroked her head, staring at the marker.  What would her mother do? He didn't know, that was the problem.  And even if he did, he wasn't the right person.

"Come on.  You'll get in trouble again."

"No yours, I wanna go home with you!"

He stared helplessly at her.  He had been in the process of getting legal guardianship of her and Dakarai when Family Services had put in an appearance.  He couldn't really fault their logic for wanting to keep families together where possible.  But...he glanced down towards the bruises on her legs again.

He had to do something.  He just didn't know what yet.

I seem to have accidentally made another theme, this one I think is going to be called "out of context song pics" as I'm getting randomly inspired usually by single lyrics and the images I come up with may or may not have anything whatsoever to do with the song as a whole.  This time it was The Corrs: Summer Sunshine.

And until I work out what to do about it I'm currently being forced to accept that exporting to png is going to destroy my pretty colours.  Sigh.

The other out of context song pics so far: