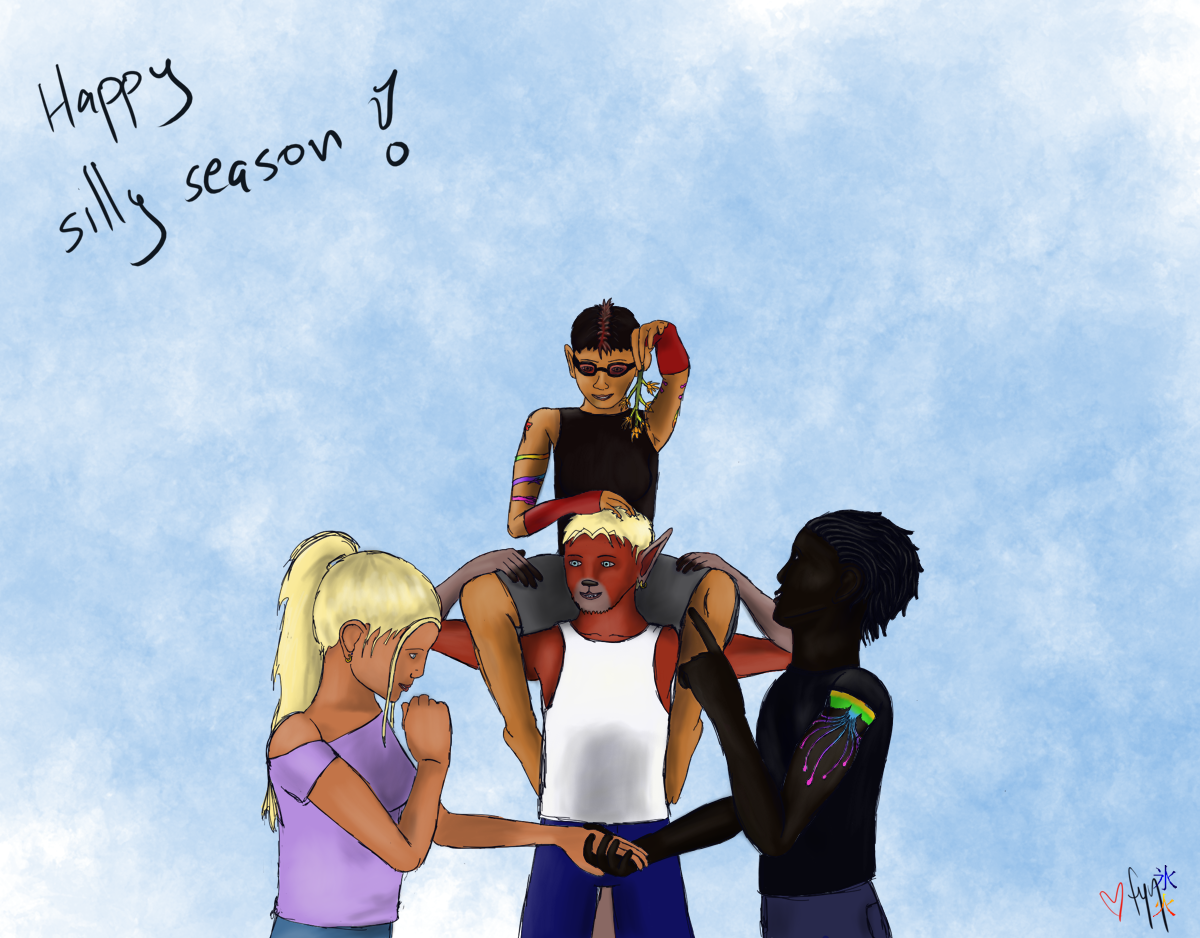 "Doesn't that make your teeth rot?"

"It's worse when you're with 'em!" Andrew snickered.

Zara passed Andrew another box of decorations from the bowels of the shed, surreptitiously observing Dakarai and Megan being cute at each other on the other side of the garden.  The bright orangey yellows of the Christmas bush caught her eye.  Around this time of year, especially among the people that celebrated Christmas, there seemed to be a tradition of kissing under mistletoe.  The whys were lost in the annals of time (unless one cared to look of course).  Andrew's ears perked up as Zara's trademark cheeky grin suddenly crossed her face.

"What are you thinking?" he asked with a smile, accurately sensing that he was about to be dragged into something.

Andrew grinned as he caught her train of thought.

Dakrai and Megan had been seriously considering drawing into a kiss when the overly long shadow of Zara mounted on Andrew's shoulders loomed over the top of them.

"Just setting the scene for you!" Zara sang out cheerfully, dangling the pathetic twig that was the only thing she had been able to snap off quietly over the top of them.

Andrew felt a surge of joy as his twin sister and one of his best friends burst into happy laughter.  He and Megan had been through some tough times before they'd moved in with Jon and Kohana and the kids, and even though they didn't really like talking about it, he knew Zara and Dak had as well.  But things were different now, and life was good.

Still working on the Dragonkin rig test anim, but sometimes when ideas jump into my head they need to be drawn/written, even if it is quick.  Happy silly season! :D