I was going to do my usual little ficlet to go with this one but Jed has something in mind so I don't want to clash, and also I don't actually know Aurelius' wife's name XD (actually up til Jed got attached to him I didn't know a whole lot about him). They have some cute babies though XP

I was thinking about throwing some text in there but I couldn't think of anything poignant or even intelligent to write, and also realised that I'd have to change the composition if I included text as it would unbalance otherwise.

So then I thought about putting some clouds in there as they're fun to paint, but had the same problem as with the text and besides which I want them to have cloudless skies together (metaphorically ie a long and happy life).

For anyone unfamiliar with my process, I start these pieces by posing base models in Blender and setting up lighting and camera angle how I want and then rendering it out: 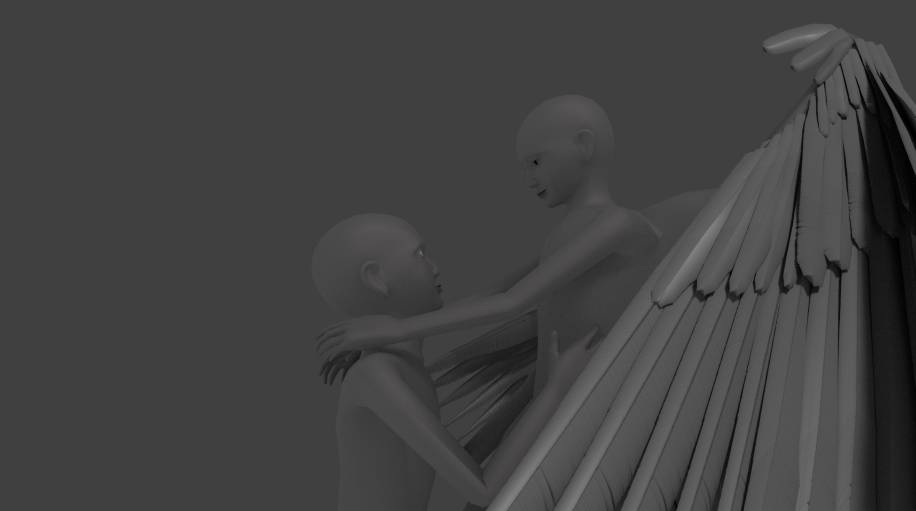 The render is then brought into Krita and I use the precision_ink_03 pen to draw much neater lines than I do with my loose hairy sketches: 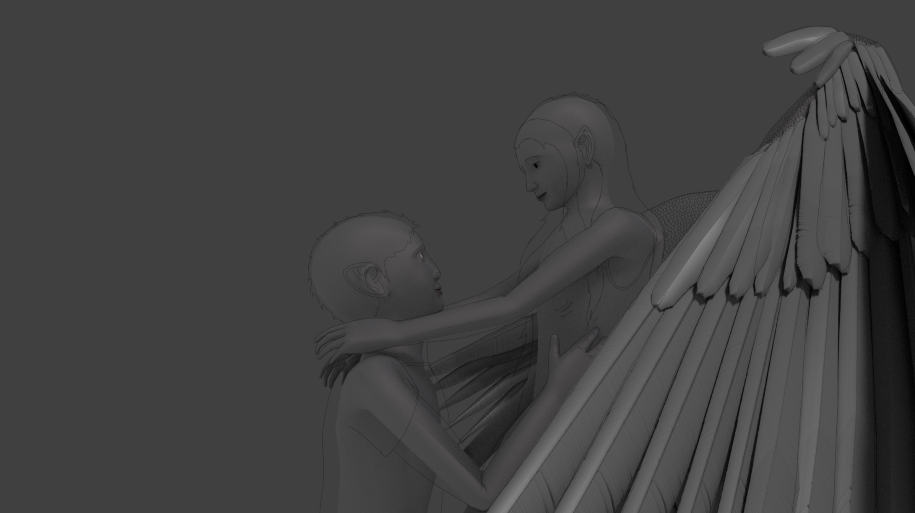 Then comes the flats (which these days includes skin and hair/fur texturing): 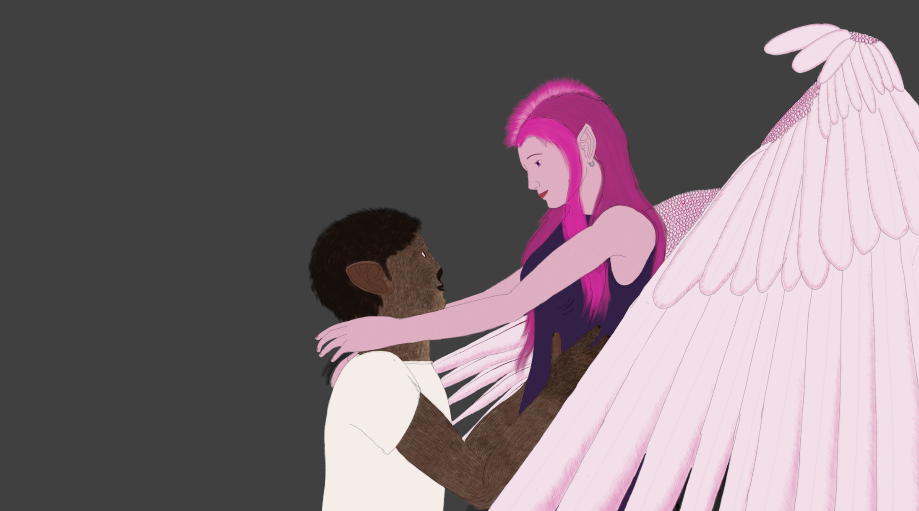 Then comes usually three layers each of light and shadow (so six in total). Light/shadow 1 and 2 are set to overlay, shadow 3 is multiply and light 3 is screen. Opacity adjusted down til it looks good. 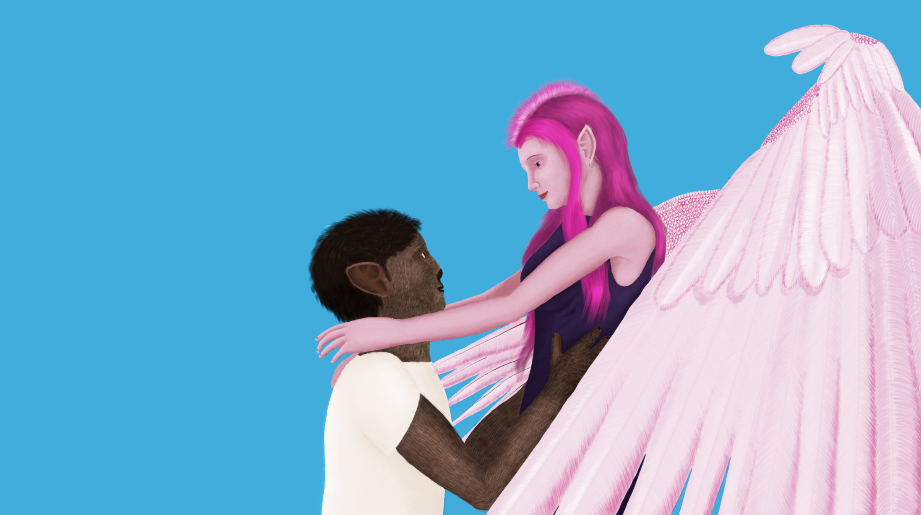 would still normally have the outline on here 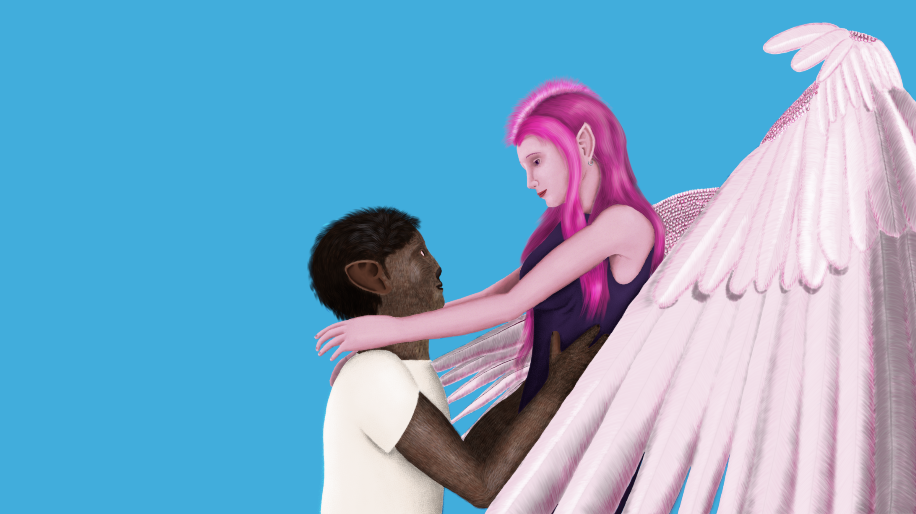 Then I whack a light blue overlay layer over the top of it for radiosity and then a few passes of gradient to make the sky look a bit more sky like.

Two process videos from when I was working on it at stream o'clock: