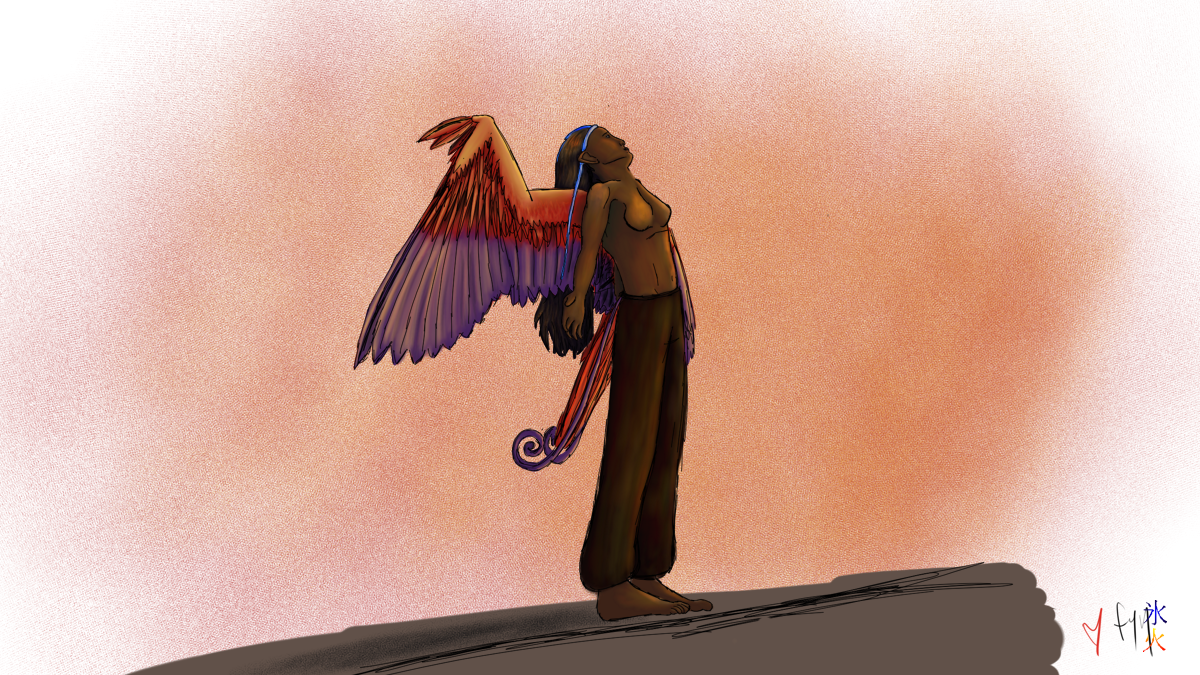 Not quite a redo of Shimmering Wings.  Next job is to try and work out if the first gen Avians had head feathers or if they developed later on down the track.  Taha'ne is the earliest known ancestor of Tsa'run and the original developer/inventor of "The Art" (a branch of kung fu specifically tailored to the Winged who eventually evolved into the Flyers, and which was further developed to accommodate both Base Terrans and Evolved with extra limbs).

All the Winged/Flyers are naturally claustrophobic to some degree.  A lot of the more spiritually inclined/religious ones have a ritual casually referred to as "greeting the sun" in which they stand outside (preferably somewhere high but anywhere outside will do) at sunrise and when the sun comes up they greet it spreading their arms and wings and embrace light and freedom (Wraiths use the moon instead of the sun due to photophobia).

Done in Krita over bases made in Blender.

Also, getting a bit quicker, this one took about 3hrs instead of 5-6 XD