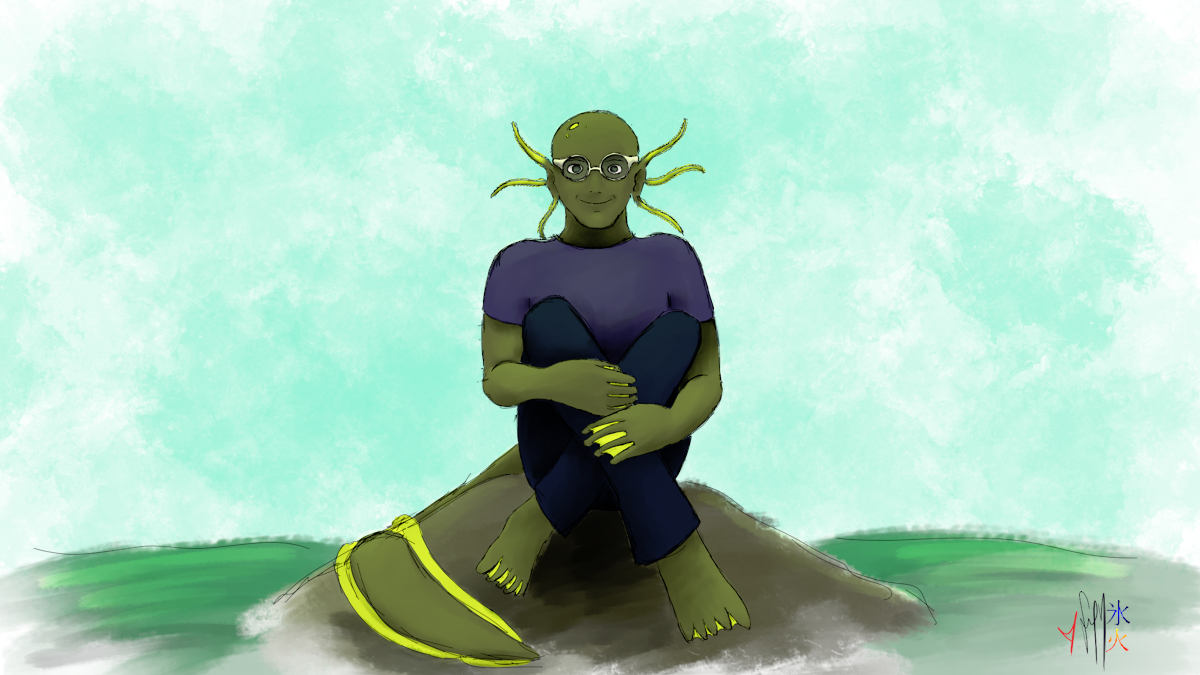 Another fun one for VincentNijman, of him as a "forest fish".  Pfft who am I kidding they're all fun XD

So the keywords were "forest fish" and he also wanted his bespectacled face on it.  I'm not great at real people but gave it a shot, and also incorporated axolotl tail and feathery bits bcause that was the first thing that came to mind when we were talking about a fish that likes to go for long walks through the forest.  What we have here is a river giant Selkie, probably 2.5m tall give or take, who loves going for long walks in the jungley areas beside his river.  His eyes are better suited to underwater so he wears glasses when above.

I actually did a full process video (from posing 3d base to signature) but for whatever reason OBS couldn't see Blender moving so it just recorded and streamed an instance of the Blender window with the mouse moving erratically.  So what's here is the Krita side of things compressed into about 4.5min.