I did actually want to include the title lyric but when I did the plan I ended up cutting out the entire second half of the chorus (which starts with that line) probably because a lot of words are repeated and I kind of wanted to be quick (to some value of quick) and am also lazy and didn't want to extend the canvas (my comic/songpic template is 2000x10 000px).

The colour splash was originally a spectrum with me thoroughly enjoying the brush I found for it (texture spray, default brush, new to me, I don't know if it's new to Krita 2.9 or I just hadn't noticed it before). 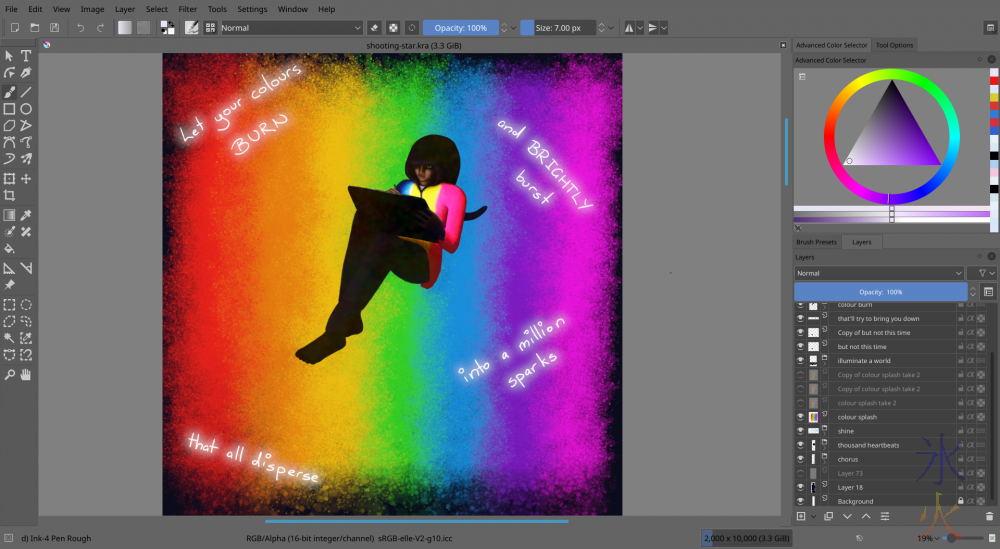 The o in "not" was meant to be an anarchist symbol but it was too confusing being in a word even after I tried to turn it into Zara's anarchist star (I'll draw that sometime) so it ended up just being a pentagram.  I did also try it without any embellishment but apparently something needed to be there.

This text took an embarrassingly long time to make it look like I'd just scrawled it really quickly. 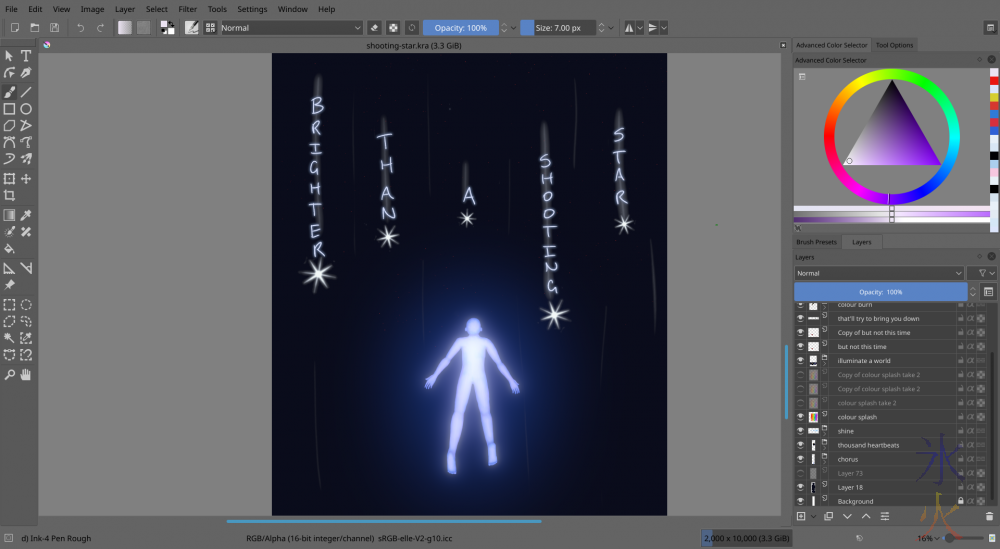 I did start making a crowd of people in Blender.  The easy bit was a default pose looking upwards with hands by sides, and then duplicating and sprinkling them across an area until there was "enough" (determined by the camera angle I'd set for it).  The original idea was to have a bunch of silhouette people with glowing hearts possibly sending up light trails to meet the shooting stars but got annoyed adjusting poses so ended up just making one floating glowing human.

Then struggled forever with the shooting stars (the stars are obviously stamps, which worked out better than my hand drawn stupidities, the tail is a halo brush).  I'm still not happy with them, but I also needed to finish this thing.

This is also the second iteration of glowy human, the first one was done just off one colour layer with various layer effects. 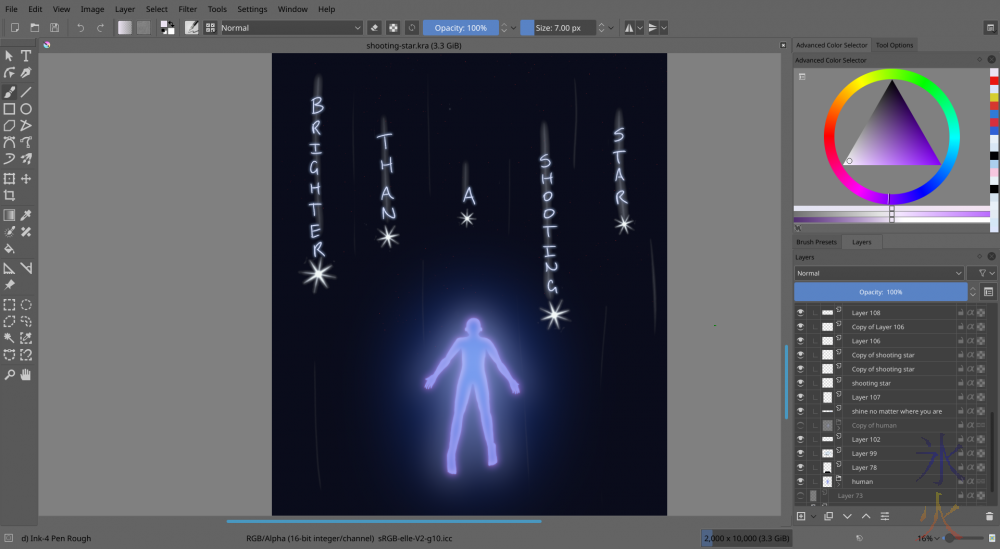 I did try to freehand the globe copying this one which was found with Google image search but did not seem to have a page (went to a 404 when I clicked the Google link) but got impatient with how long it was taking me so ended up overpainting it.  The lights were vaguely referenced from an entire page of image search for space night images of the Australian/Asian region.

The pixie hoodie is the demisexual panromantic flag in hoodie form (the pink and the blue should probably be swapped around but I'm too lazy for that now).