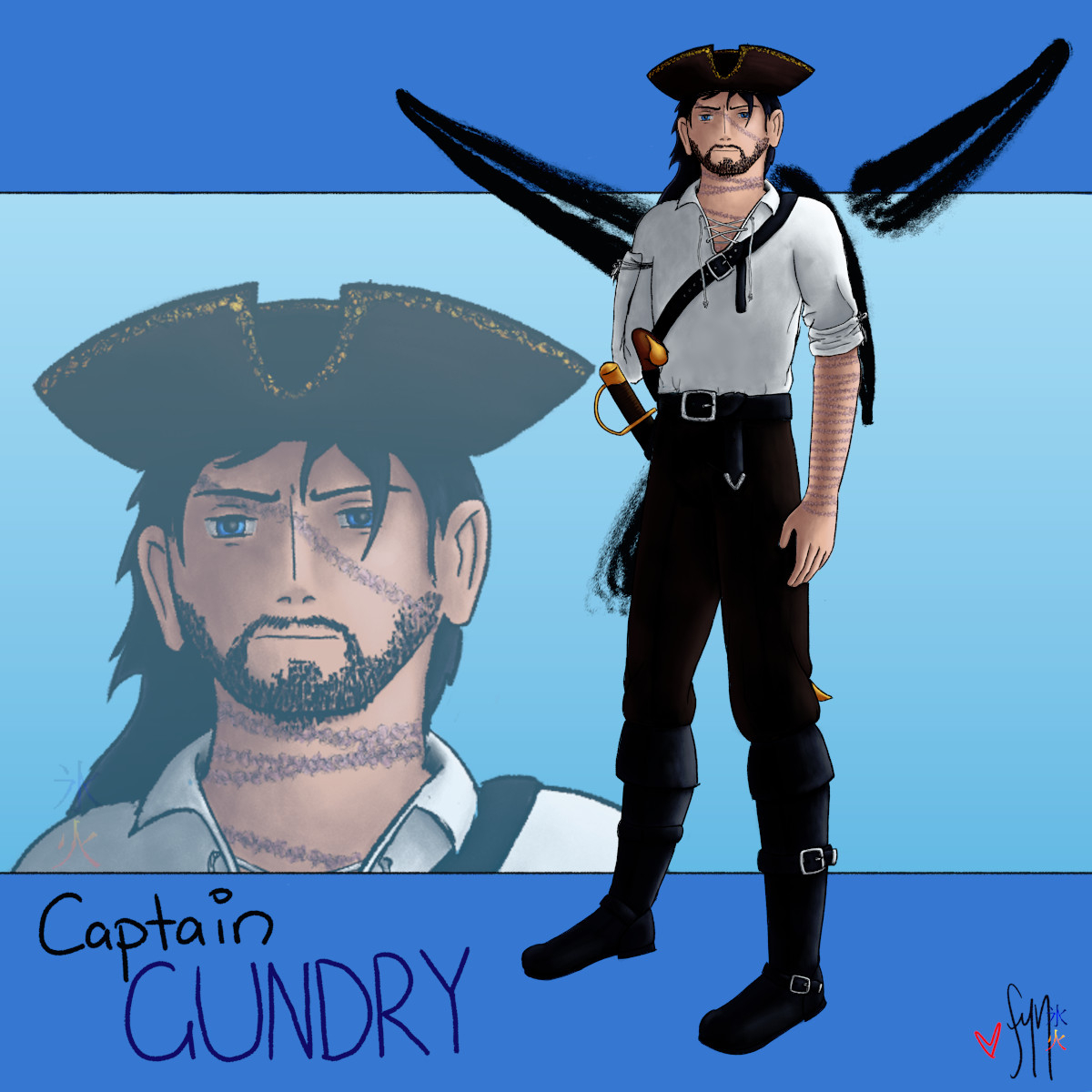 The "scary crow captain" is supposed to have Appearance 1 (World of Darkness for ugly/unpleasant looking) but I seem to only be able to draw Appearance 2 (average) characters (as I found out as mine is supposed to be Appearance 3 and that's not going too well either).

On the bright side it's not his appearance that makes him scary, it's the fact he's a stupidly high level character.

Captain Gundry is the NPC captain of a pirate airship sloop in a World of Darkness game (set in a steampunk AU).  The players have all ended up aboard his ship somehow or other (one of the friends seems to have been already on there, eldest's character was rescued from a slaver ship and then recruited, and mine was supposed to sneak aboard and stow away but as some circumstances changed drastically in the prelude which meant she had lost her reason for stowing away, has ended up just being brought aboard by the "scary crow captain" himself).

I originally had him with a smug/slightly smirky expression 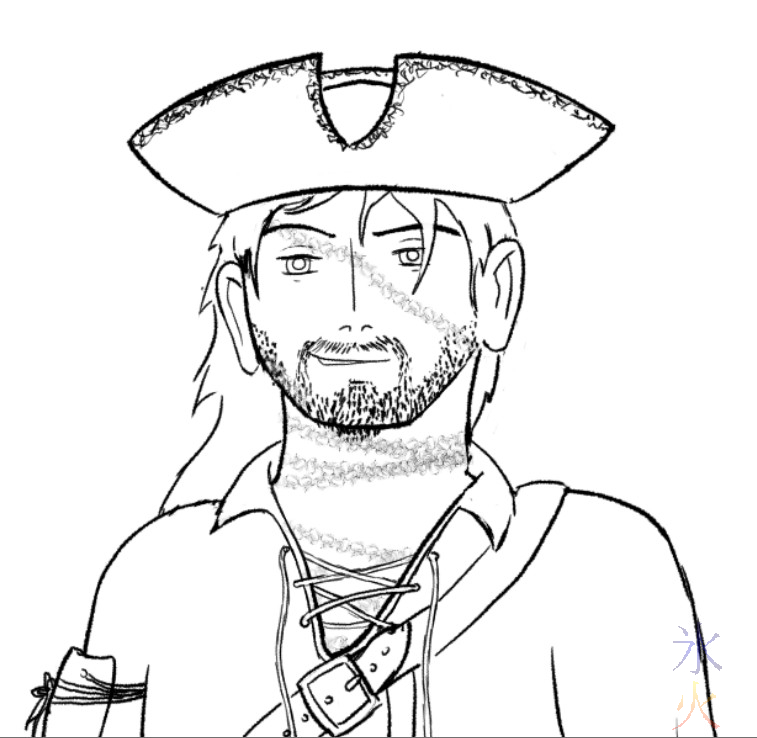 Whatever you're thinking, don't bother trying

but he's apparently more gruff so I changed it to this and that then changed my memory of how that entire scene might have looked.

The original request was also to draw him in full dress but the cool coat would have hidden pretty much all the scars so we ended up with a shirt with sleeves rolled up.