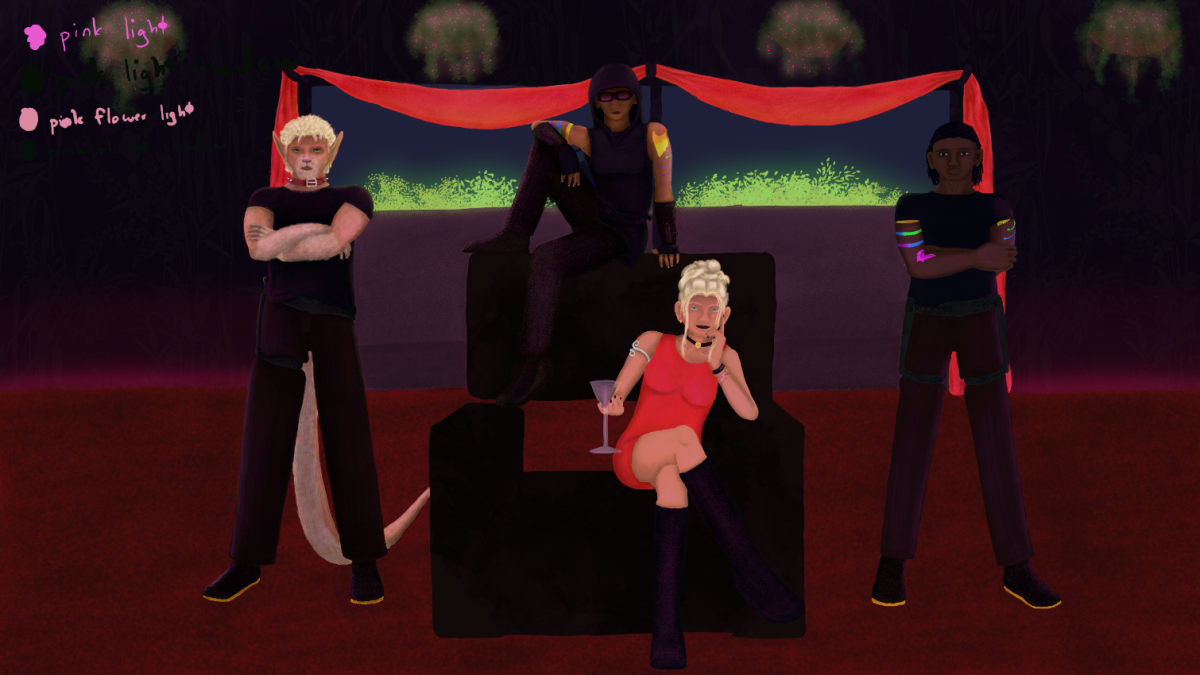 Worked on this the last couple of stream sessions, posted works in progress to Patreon and realised that I've been completely forgetting to post public wips (which is completely unsurprising as while I do post occasional works in progress they are occasional so it was actually pretty easy for me to forget with all the other stuff going on).  I also wanted to show @jedau the kind of stuff that takes me forrrreeeeeeeeevvvaaaaaaarrrrrrrr XD

This was supposed to be a sketch of Megan (to the tune of Black Fingernails, Red Wine by Eskimo Joe which is what spawned the original concept, I have several failed sketches in my sketchbook).  Then it kinda grew.  Out of control.  Like most of the things I do.

I'm working on the last light and shadow layers, then have to do intensifier layers, and then I'm calling it done and will have to then finish the rig test anim.  Or just ragequit it, leave the end as animatic and render it out in the interests of progress.  Whichever happens first.