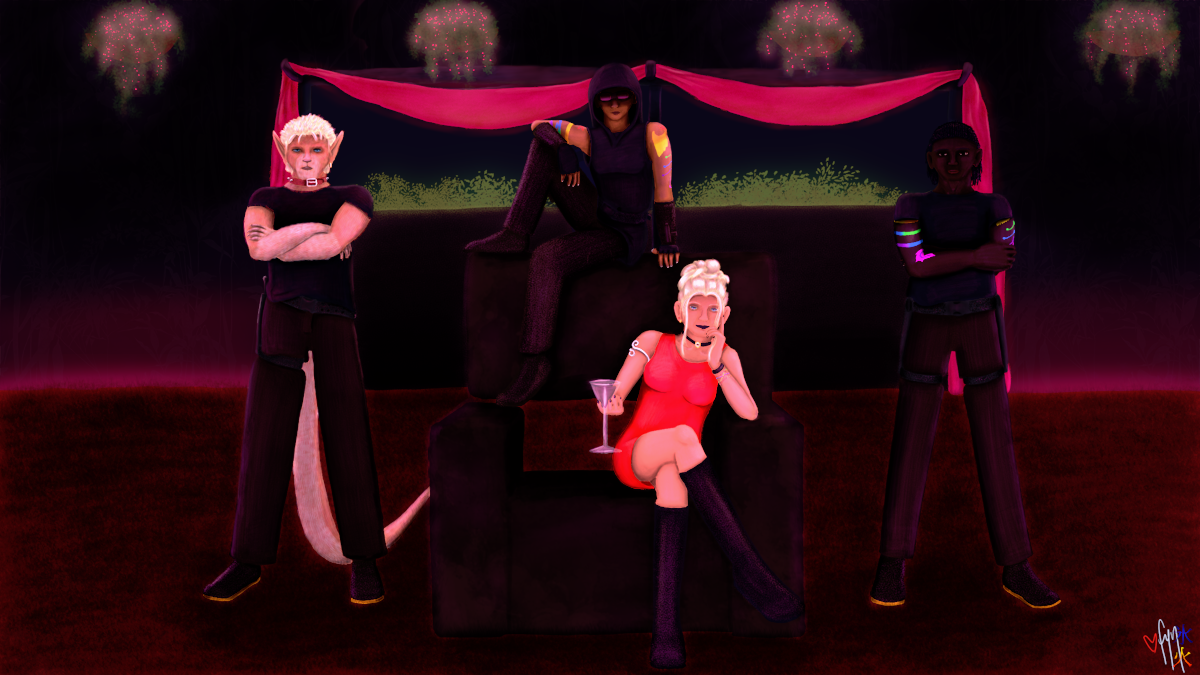 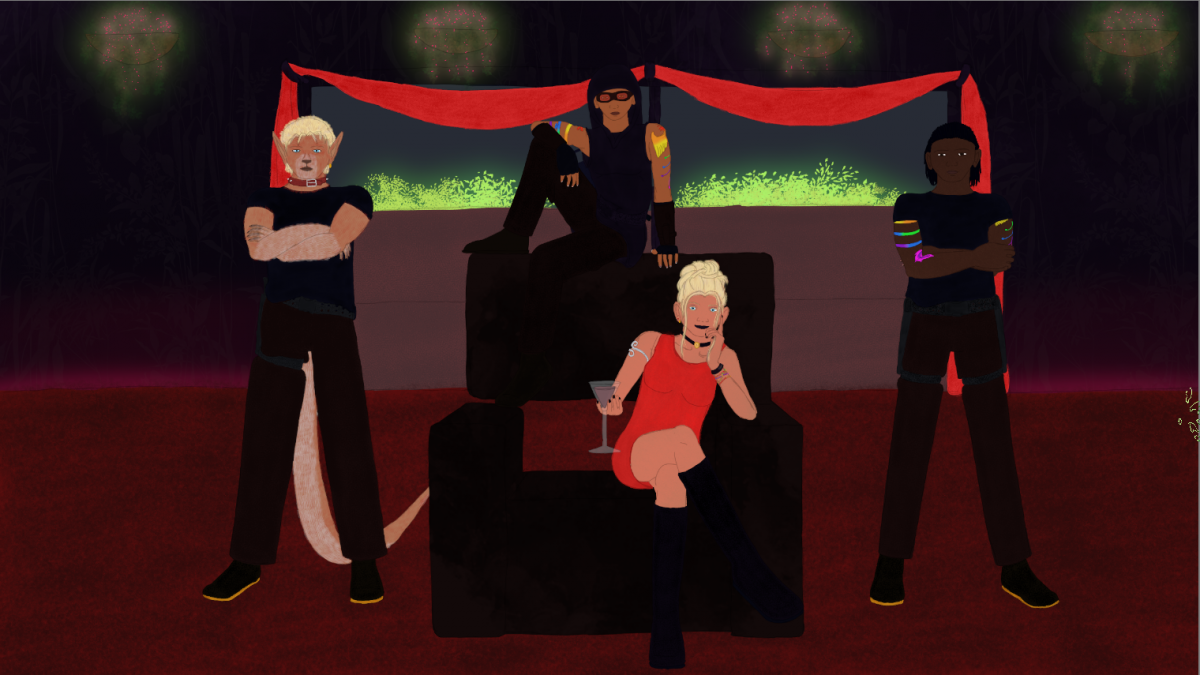 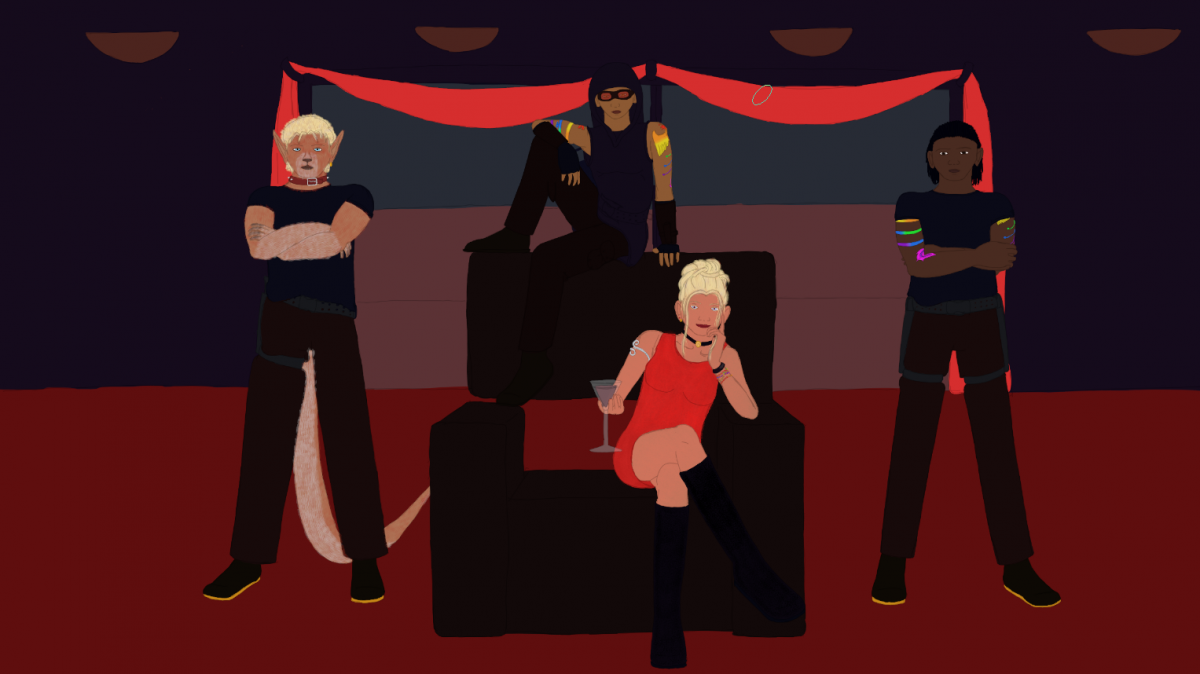 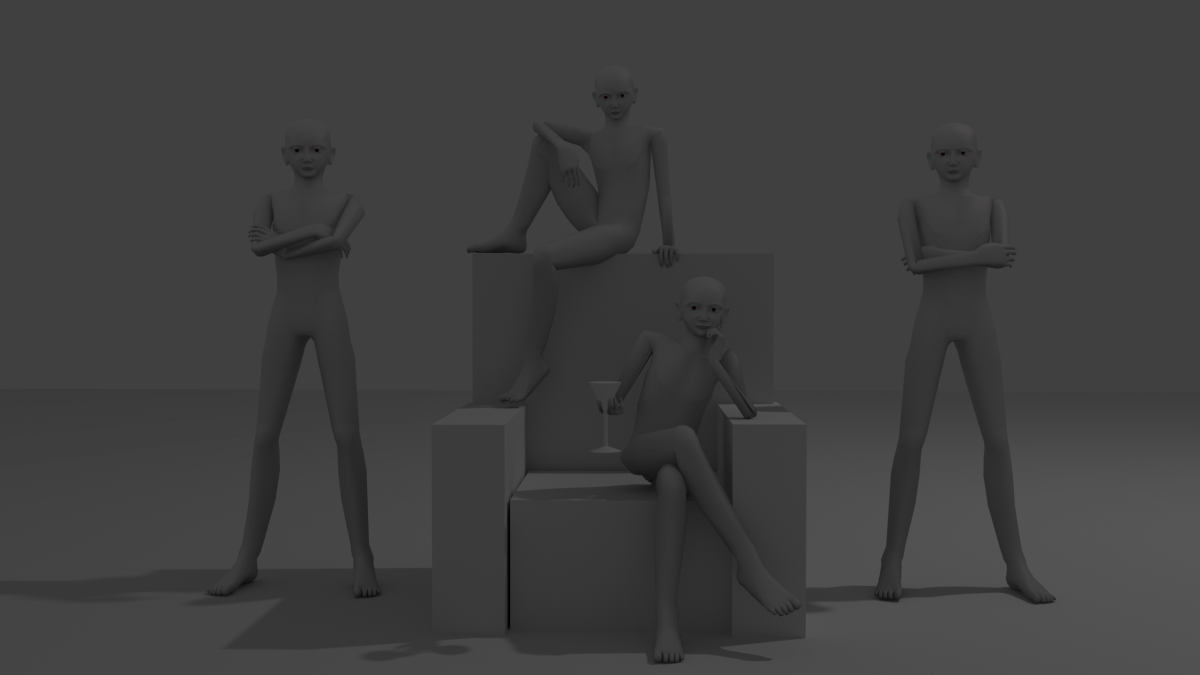 A prickle of nervousness crawled up Silver's spine and settled at the nape of his neck as he followed Aurelius up the very familiar corridor towards one of The Geisha's private rooms.  He didn't usually get nervous going into or even at meets.  He was good at what he did and had an excellent track record for getting favourable outcomes for himself and his employer (not necessarily so much for the other party but that wasn't really his problem).

He hadn't thought twice when Strike had told him that he would be sending his kids to this meet instead of attending himself.  He'd figured it would be a walk in the park, a regrettable occurrence for Strike and the Reavers and the pretty little lamb Strike was sending to slaughter.

This was even though he had heard about the lamb's reputation as a surprisingly capable negotiator despite her young age.  Now it struck him as odd that Strike was that confident that he would be sending this kid in to deal for him.

Well, if she was half as good as he'd heard, then this would be fun.  She was still just a kid though.  He had nothing to worry about.

As per their normal operating procedure, Aurelius rapped smartly on the door to give the party within some warning before opening it and marching in.  Silver breezed through after him.

Silver, Aurelius and their other partner-in-crime Tank had been to many, many meets.  The ones that included beautiful women were not as common as they would like, but not so uncommon that they were easily distracted, even if the ladies in question utilised their sex appeal to their full advantage.

They were all somewhat distracted.  Something in the backs of their minds franticly tried to make sense of the unusual distraction, but it was taking most of their concentration, a bit more than they should have needed, to keep focused on the game.

Everything about the "lamb" was classy and elegant, from the platinum blonde updo through the simple little red dress stretched across ample cleavage and riding up just enough thigh to mercilessly tease all the way down to the knee high boots, and the casual way she held the glass of red.  She wore black lipstick and black nail polish and her ice blue eyes sparkled with a certain kind of mischief.

Her bodyguards surrounded her, two glowering boys on either side of the chair and a small girl perched on the back of it, who watched them with deceptive disinterest from the shadows of her hood, the pink light of the room reflecting off her goggles.

They all looked barely old enough to have finished formal education.

"Silver," the girl in the red dress almost purred in greeting, "Tank.  Aurelius."  She gestured to the chair opposite her with her free hand.

Tank and Aurelius nodded mutely in acknowledgement of the greeting before Silver accepted the offer and sat opposite her.  Then they took up bodyguard positioning, mirroring the boys.

"Magellan."  Silver was glad his voice came out with its usual rich, confident timbre.  His throat felt unusually dry.  As if sensing this, Magellan leaned forward, affording him a look down her top, and poured a glass of red for him.  "Thanks.  I don't believe I've had the pleasure of meeting your companions, though your reputation precedes you."  Build up their ego, give them a false sense of confidence.

Magellan giggled, a bright, cheerful, girly giggle that one would normally associate with a ditzy girl, but Silver thought he could detect the vaguest hint of malice underneath.  "This is Andromedus."  The big oscillan with the spiked collar.  He was a Reaver with a reputation for berserking.  "Trajectory."  The dark skinned boy fancied himself a gunslinger, sporting a large handgun on each hip.  Vibrant rainbow coloured tattoos snaked up his arms, a dragon and a phoenix.  "And Starzone."  The small girl perched on the back of the chair.  She had the same tattoos as the dark-skinned boy.  Interesting.  Their nyms reminded Silver that these two relative unknowns had been blooded recently.  If by "blooded" one meant "causing everyone else to bleed".  By all accounts they were definitely not brawlers.  They knew what they were doing and they knew it well.

Magellan decided to lead the conversation, with both herself and Silver taking turns factually stating and displaying what they and their respective parties were carrying, and what the firearms were loaded with, as was standard.  Silver let her, thinking he would just take back control down the track when he needed to.  Or he could just hear her out...

The little backburner in his brain that had been franticly trying to analyse the oddity of the situation suddenly screamed PHEROMONES.

He could smell bullshit a mile away.  It was part of his job.  He couldn't detect anything here.  This pretty little thing spoke confidently and she knew what she was on about.  And the pheromones...were causing her to be very...distracting.  Magellan wasn't even flaunting her sexuality.  If she did...

This meet was going to be anything but easy.

Yep, if you want to make her all yours well good luck getting through the bodyguards XD If you're willing to share though she might say yes if you impress her enough :P

Heavily inspired by the song whose name I blatantly stole, it was supposed to be a sketch of just Megan (the song in question is kind of her theme song).  Then this happened.  And it took forever because the lights.  THE LIGHTS.  And also ignoring how much pain and anguish I went through trying to get it to export to a png.  I'm guessing it's too dark or something as I've had little trouble exporting other 16bit integer/channel (what I usually work in, those who proclaim LAWL WHY WOULD ANYONE NEED TO WORK IN 16BIT JUST WORK IN 8BIT well there's not enough colours in the 8bit/channel, I don't care if "no one" notices the difference, I do) images but this one simply would not export with the correct colours, it kept being made unusably dark and saturated.  So as a last ditch cheap hack I slapped on a white overlay layer which helped preserve some of the colours  but made some of my lighting explode -_-  Sigh.