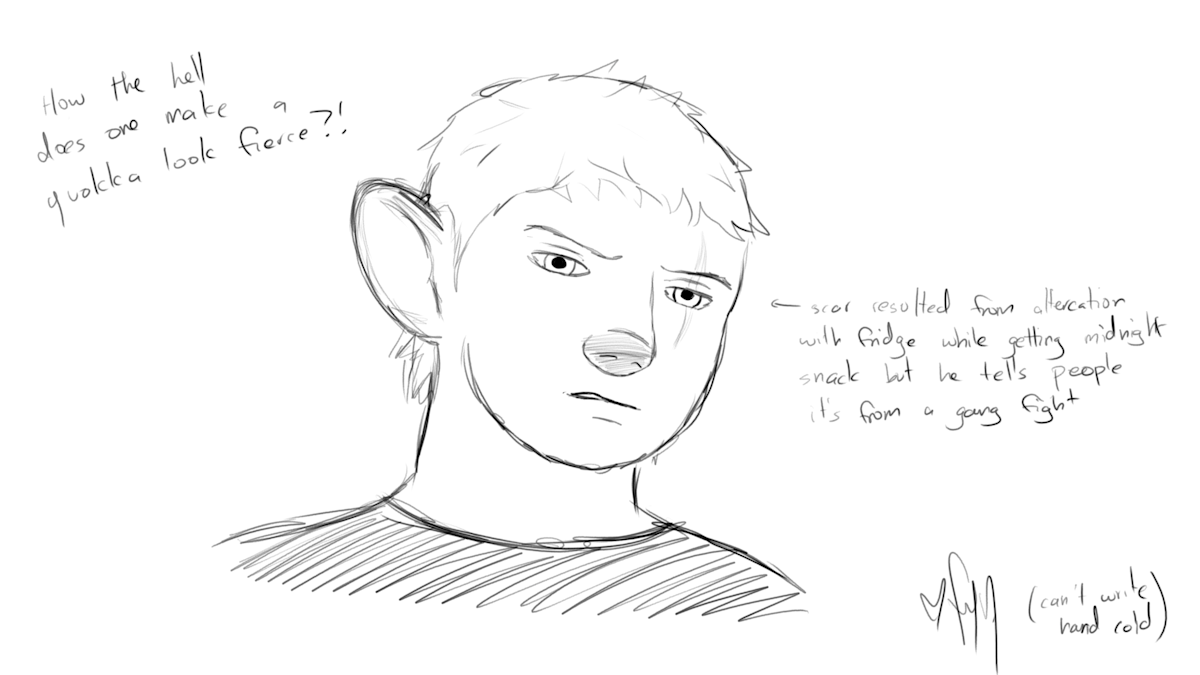 @jedau over on Steemit took a bit of a shine to Aurelius in the Black Fingernails Red Wine piece due to name similarities, and these gems came up in the course of our conversation:

Haha! Definitely make him look like a Quokka :D

Oh right!! They're native to Australia haha! Man, I wish I had those things as pets haha! Maybe add in a scar across Aurelius left eye to give him that sort of intimidating presence. When people ask how he got it, he'll think of some awesome story, when really it was because he slipped while getting a midnight snack and hit his face on the corner wall.

Do you have any idea whatsoever how impossible it is to make a quokka look intimidating? Even when they're a therio? It's that nose.  I can't work under these conditions! XD

Perhaps it's just me that can't do it because I know what they look like and I know how big they are and every time I try to imagine them being fierce I burst out laughing.

But I had to give it a go so super quickie concept sketchy with a sneery face.  It's a front he puts on when doing his job.  He's otherwise actually a stereotypical family man, loving husband, wonderful father, and nobody would ever guess that he's a pretty well paid bodyguard for a dubious little ferret that I might even get to draw before I have to model him.