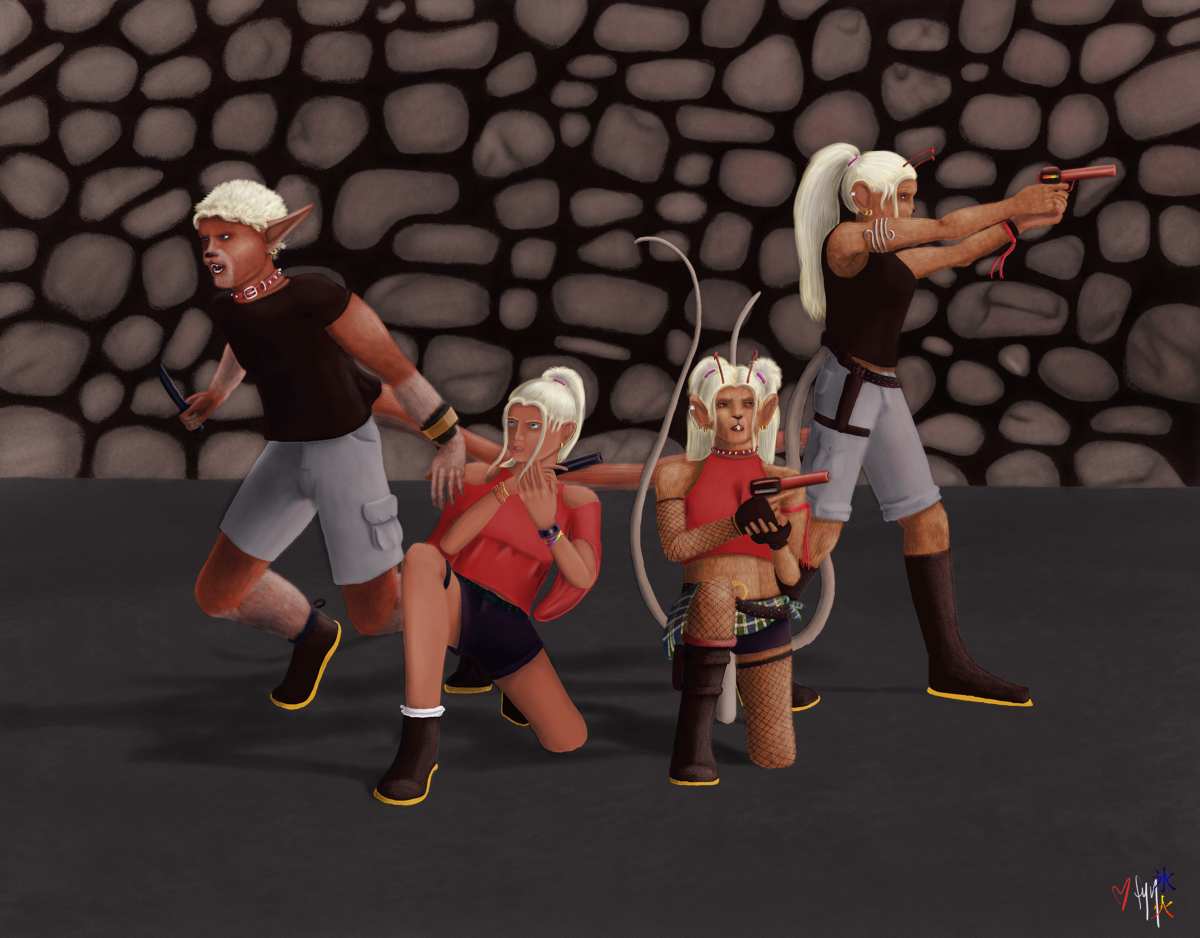 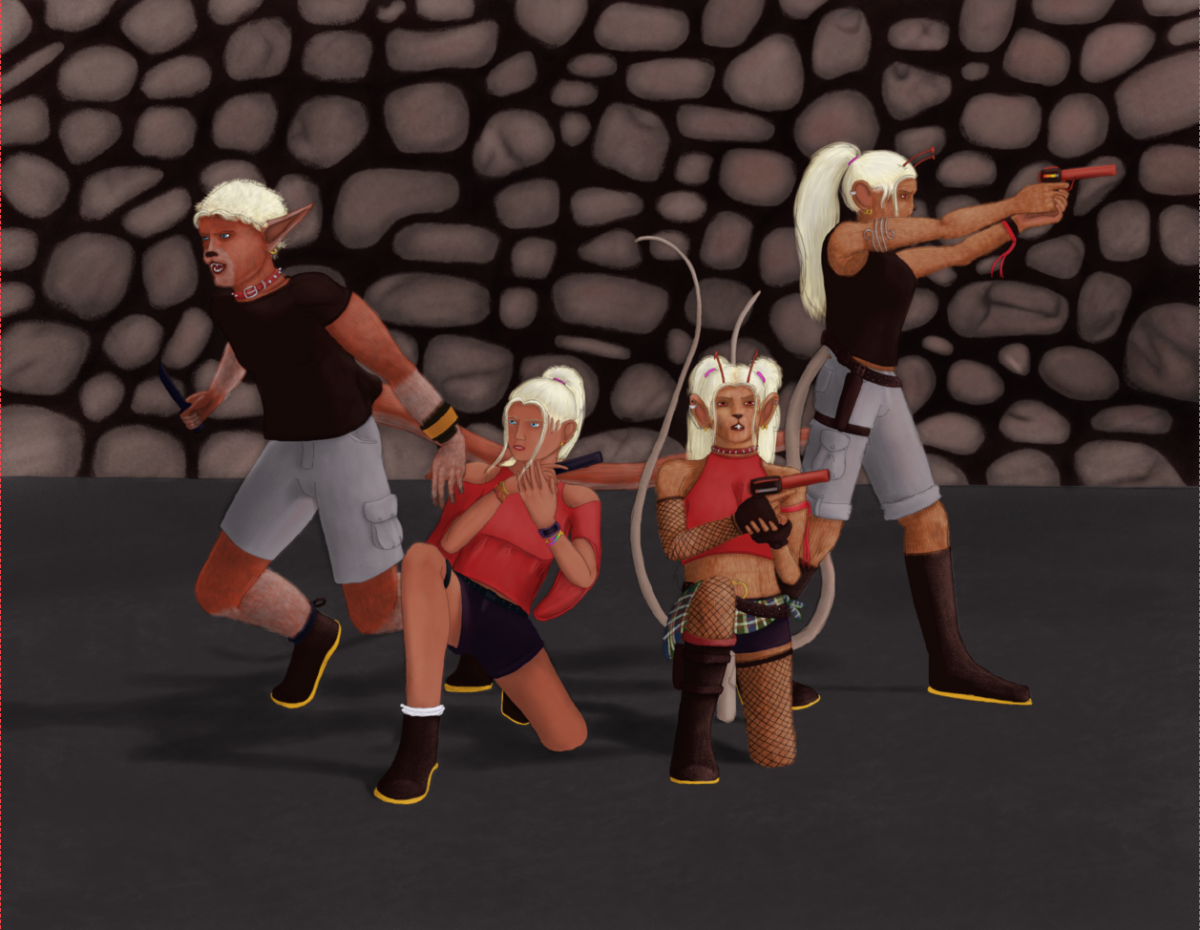 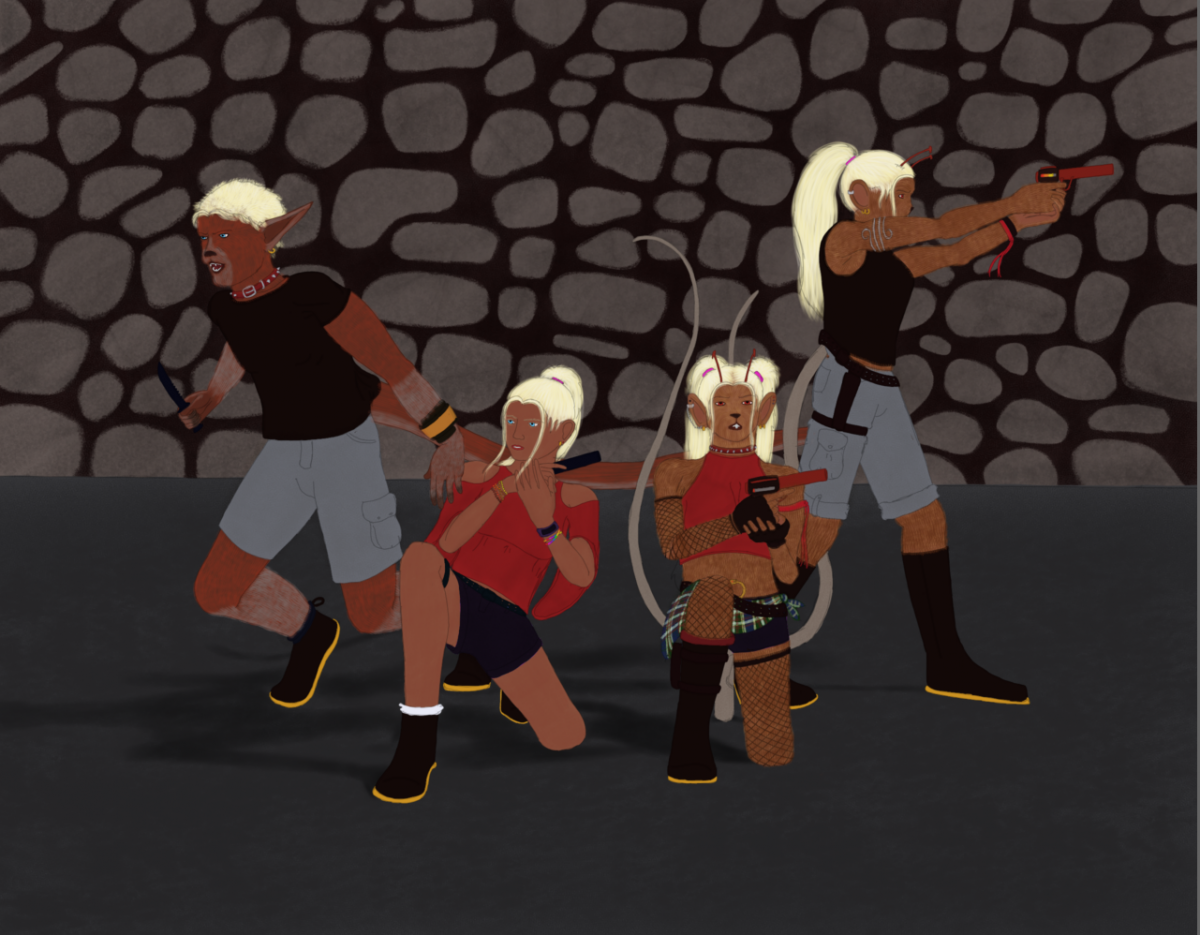 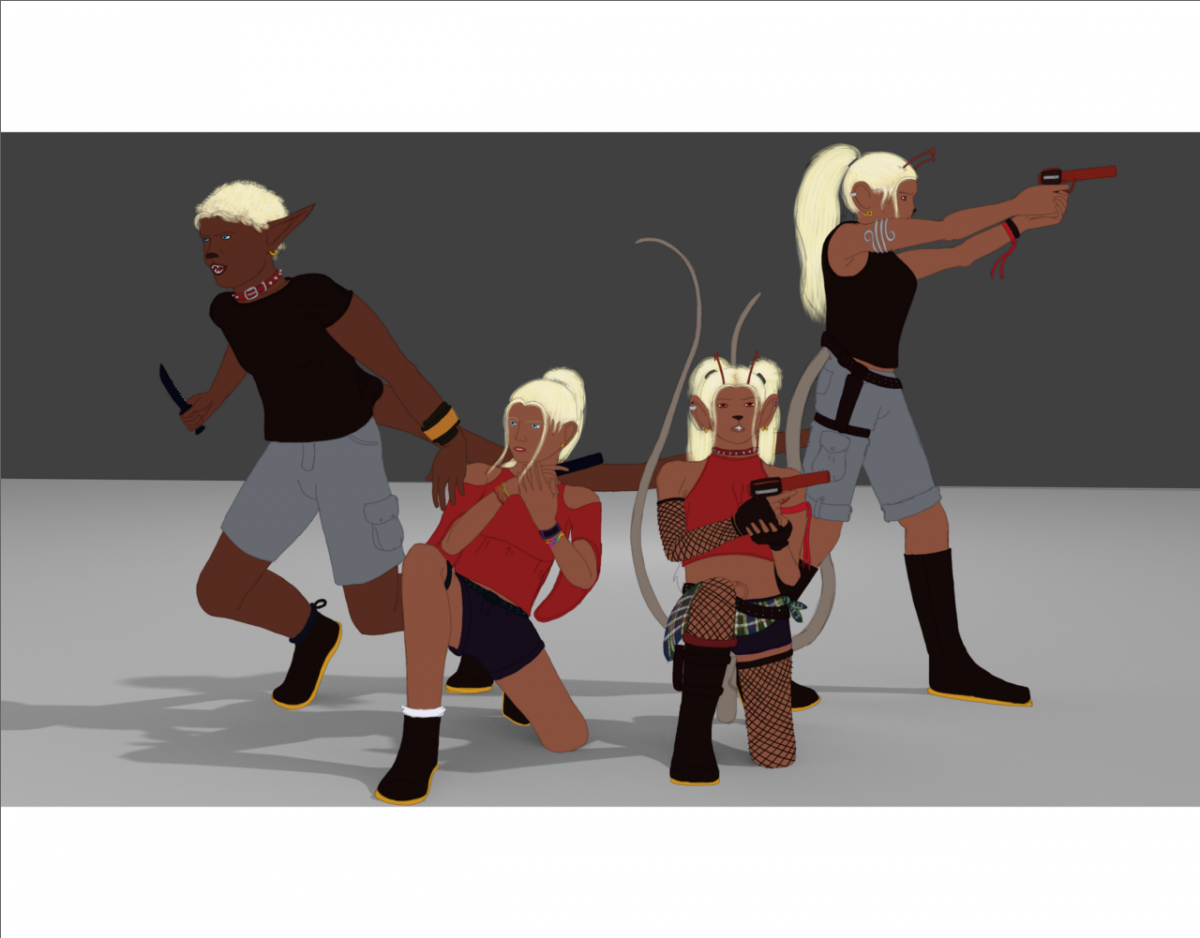 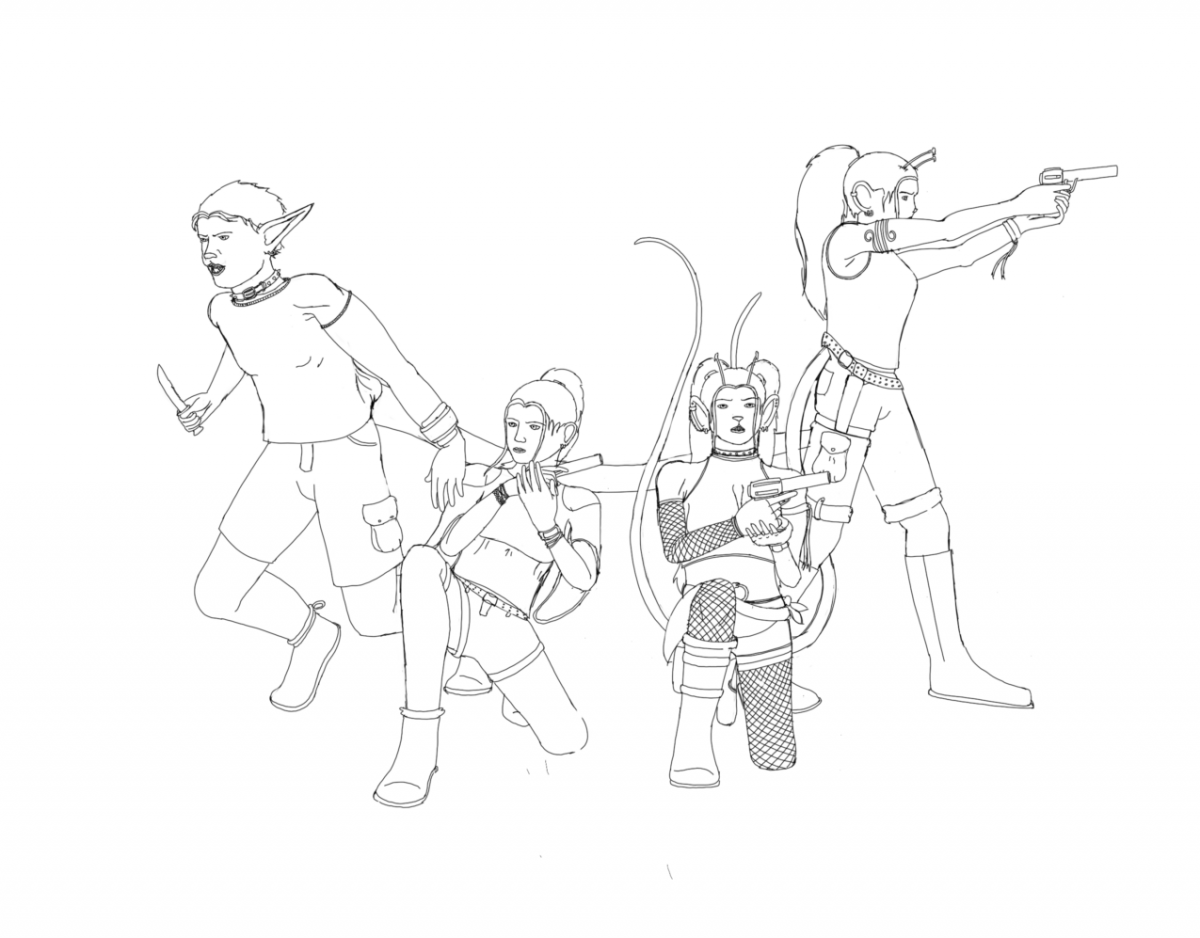 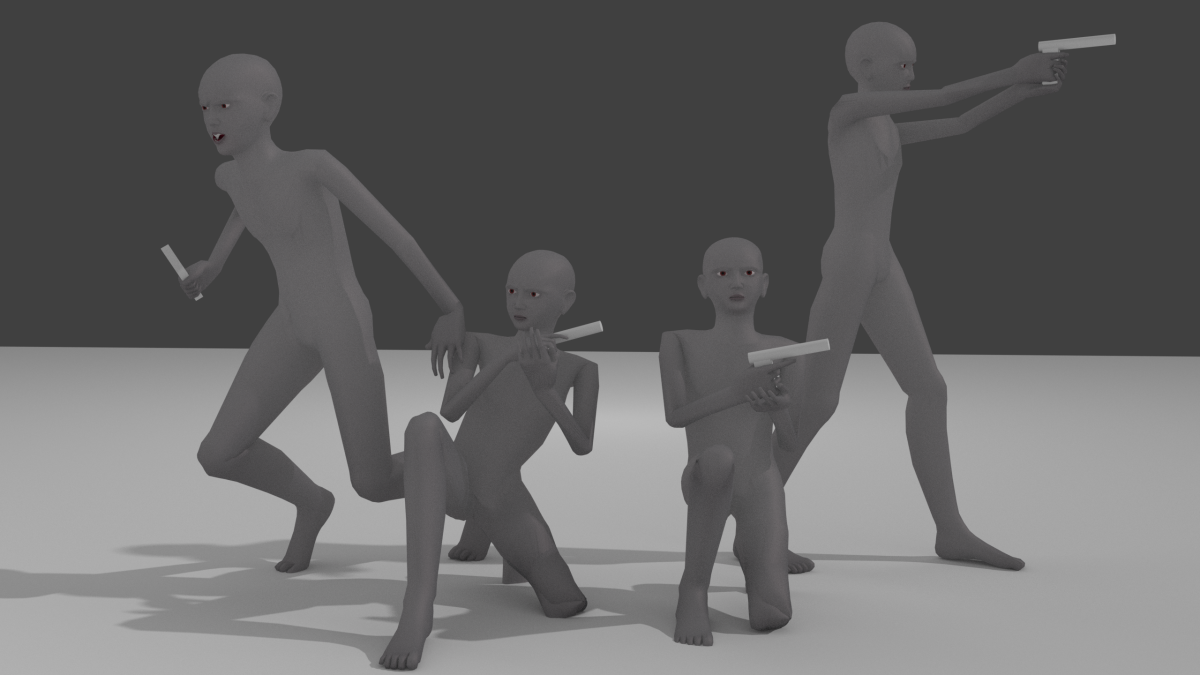 Magellan and Andromeda were identical twins and very close to each other.  Magellan was a bit of a wild child, Andromeda was much more sensible and down-to-earth.  They were kind of background characters before so not that well developed, even though Andromeda was going steady with one of my main characters.

Andrew and Megan are not identical twins (in fact people who think that all twins are identical are usually surprised to find out they're twins).  Andrew occasionally flies into berserker rages like he's about to do here (so don't piss him off) and does have a bit of a short fuse; he is otherwise generally easygoing and amiable.  Megan is a lot more calm and level headed which comes in handy in her line of work (she does covert ops, information gathering and diplomacy runs).  Usually has at least one of her twin brother and her long-term boyfriend and less regularly her favourite girlfriend along or at least somewhere in the area as bodyguards.