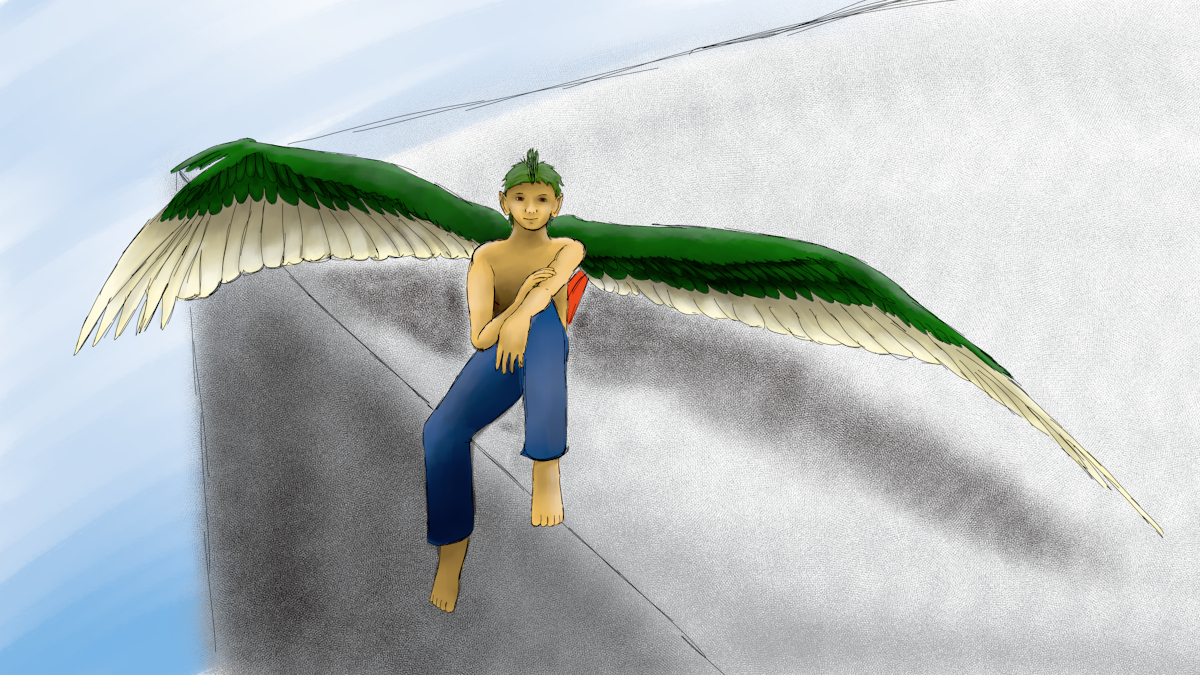 I have long nicknamed whatamidoing "pineapple" due to the avatar, and when I put out the call to see who wanted to make cameos as crowd character we were bantering back and forth about how I was going to do theirs a pineapple hairdo and they responded back something along the lines of "pineapple angel", which meant as far as I was concerned a fruity Avian.

There's no pineapple coloured birds that I'm aware of so I went with something parrotish and a crested eagle crest (actual feathers on the crest rather than the fine silky feathers that's more common for Avians).

Had to have him sunning his wings as I found out the hard way that Avians probably can't sit on the ground (but crouching seems to be all right from previous playing when I was rigging).

I love doing these XD