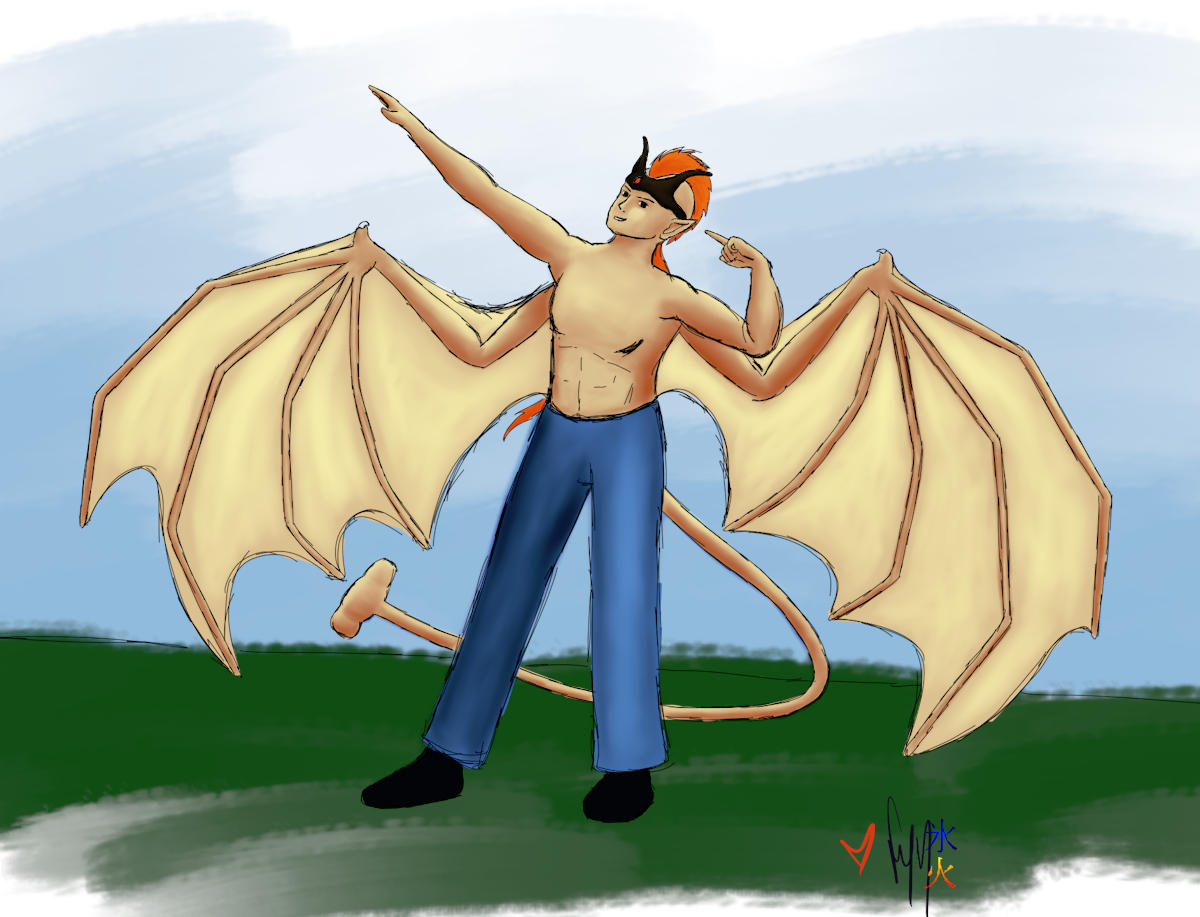 The relentlessly hilarious @meesterboom requested a Dragonkin with a mohawk, no colour preference.  It was so, so very difficult not to give him a hot pink mohawk.  Gave him an extra long ratty but no tattoos as I'm not sure if he's a Tribe Flyer or not.  If he is I think one of the tattoos is going to be blue stripes like in Braveheart: