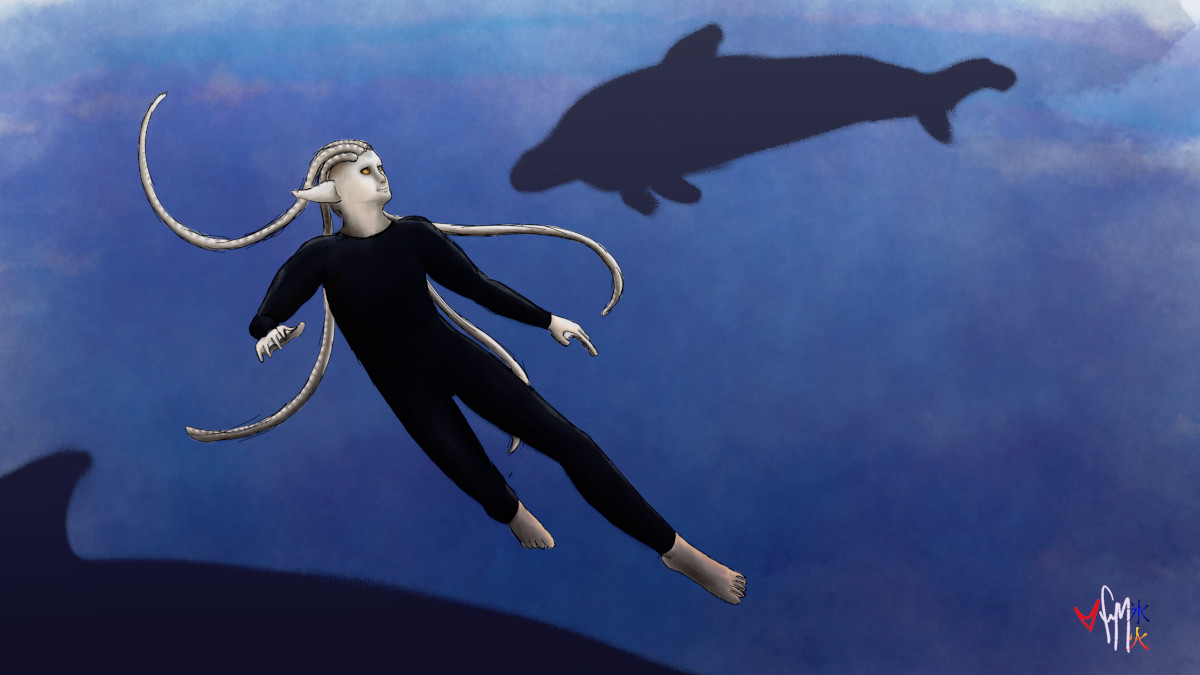 So I decided that he was going to be a Selkie sea shepherd of some description (he's working with some dolphins here, I guess they herd fish or something, so I guess he'd technically be a fisherd?).  The four tentacles on his head are prehensile and I should have probably set them slightly further back and made them a bit thicker, might do that in the 3d model.  When out of the water and not otherwise in use they curl into the ammonite spiral resting against his back.  Being a slightly deeper water mer than Forest Fish (who seems to live in a river in a forest or mangrove or something to that effect), the Sea Shepherd would probably keep the wetsuit on during extended periods out of the water to keep his skin from drying out and to regulate body temperature.  Like most mers he'd probably just gad about naked (at least in their temperature ranges) otherwise.

I also decided to ignore the art brain telling me to use the 4b pencil brush because I really wanted to use the sketchy brushes that are in my sketchy tag.  After naffing around with what is probably the sketch shade brush I remembered using before but couldn't find again, and struggling with it for about half an hour, I was once more reminded the hard way that things actually work if I do what the art brain says.

Normally I have a "next day" cooldown period for art which means I should really be posting this tomorrow but I also have a strong aversion to posting more than once a day and I've already missed one progblog and don't want to miss another one or try to replace it with something else like I have done previously, so that's tomorrow's post, so this one is kind of getting rushed out x_x