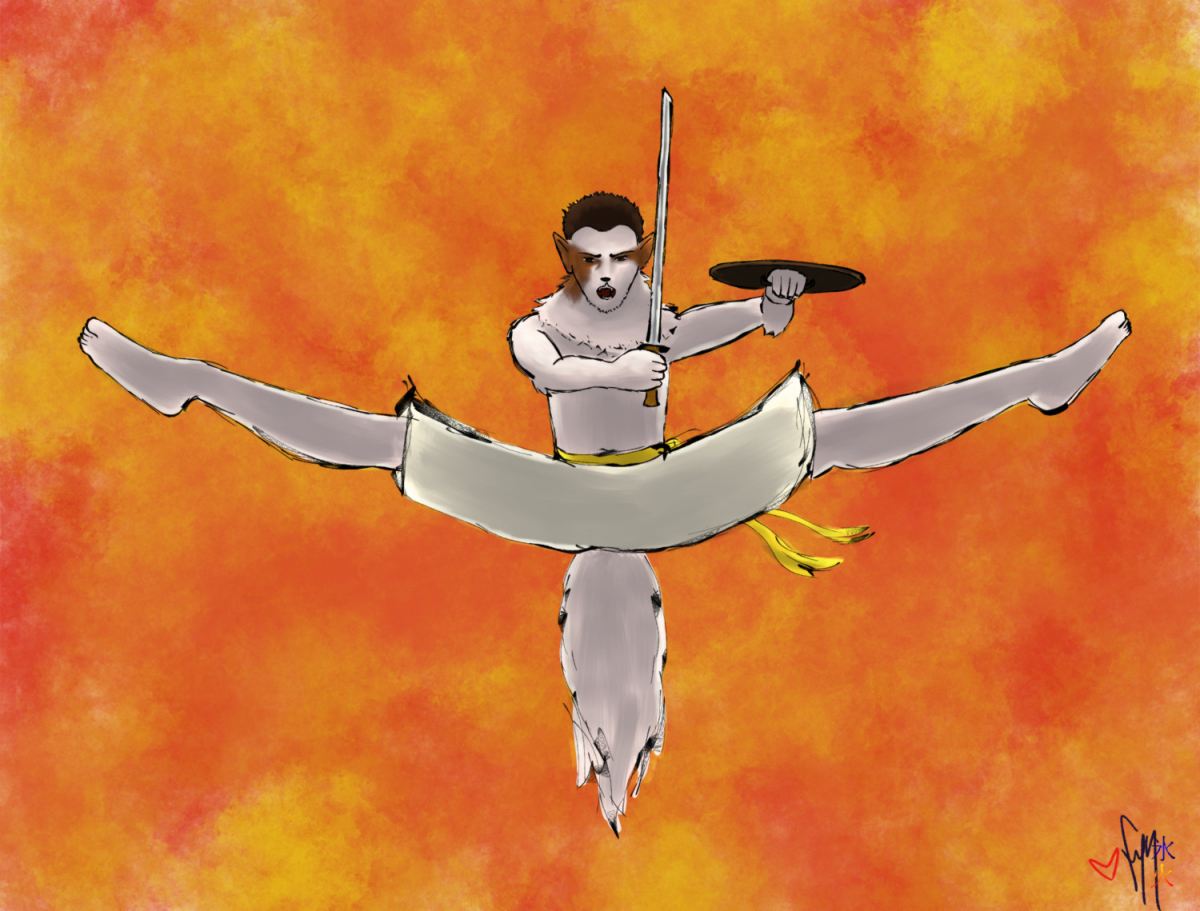 I wouldn't mess with angry pomeranian though, he may be tiny but his bite is definitely a lot worse than his bark XD And also he jumps really high.  So possibly eating knees after kicking skull.

This is going up in lieu of my progblog which I can't finish because it's cloth sim notes and I'm still stuck.