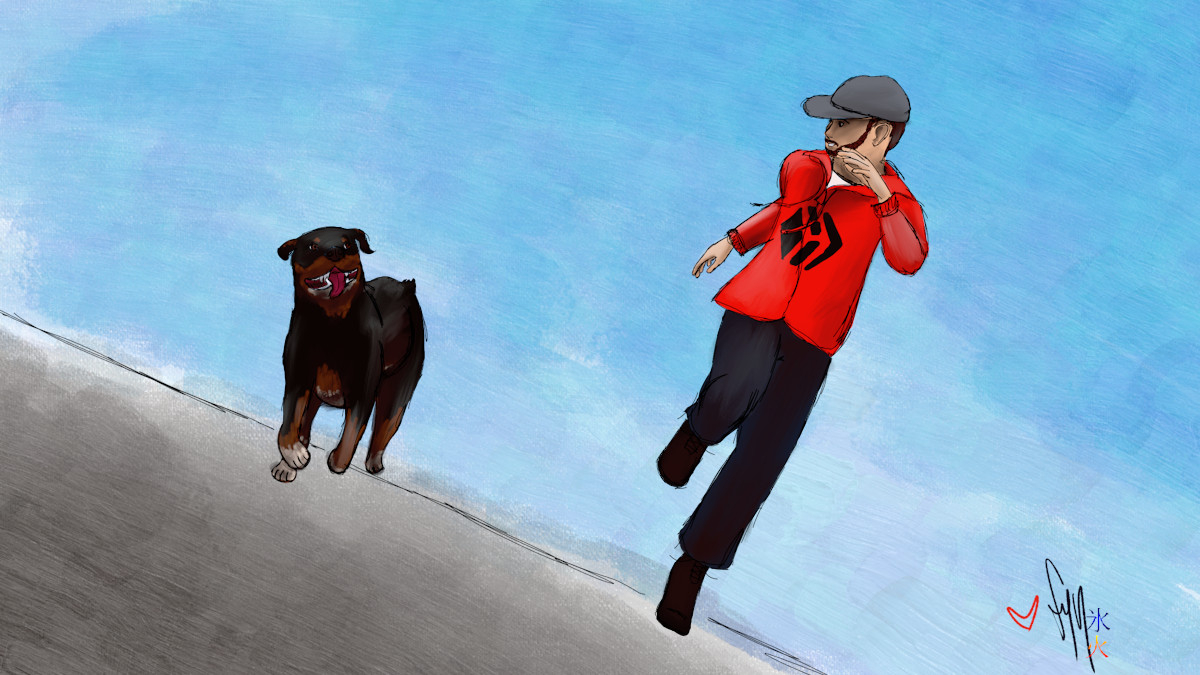 @aussieninja actually requested a self-insert cameo some years back and I think he was also the first person to do so.  While I cheerfully made Ninjaroo for him, I was much less confident doing people as characters back then and as I'm better at 3d than drawing I decided to just jump straight to 3d for that one.

More recently I've been a lot more comfortable drawing people as characters (the terror of the person not liking the result is constant though) and inspired by one of his posts that included getting surprised by a dog on a run:

I also got totally surprised by a dog who came out of absolutely nowhere to bark at me. I've had run ins with this dog before and while he barks a lot at me... he doesn't come within a few feet... this time he surprised me and was right at my feet before our usual standoff started. He was also wearing an adorable Beavers college football jumper... so he might have been having an identity crisis.

to which I replied:

So it's a dog that's just running loose? I feel like you need to COME ON DOG! when you run past and go for a run with it, and when you're running back, about wherever you encountered it GOOD DOG GET INSIDE! XD

and then after a couple of days this accidentally happened.

I have no idea what kind of dog it is but I found a stock photo of a rotti in roughly the pose I wanted so now it's a friendly derpy rotti.

I also accidentally made a theme with all two of these pictures, as Ninjaroo was on a similar angle. 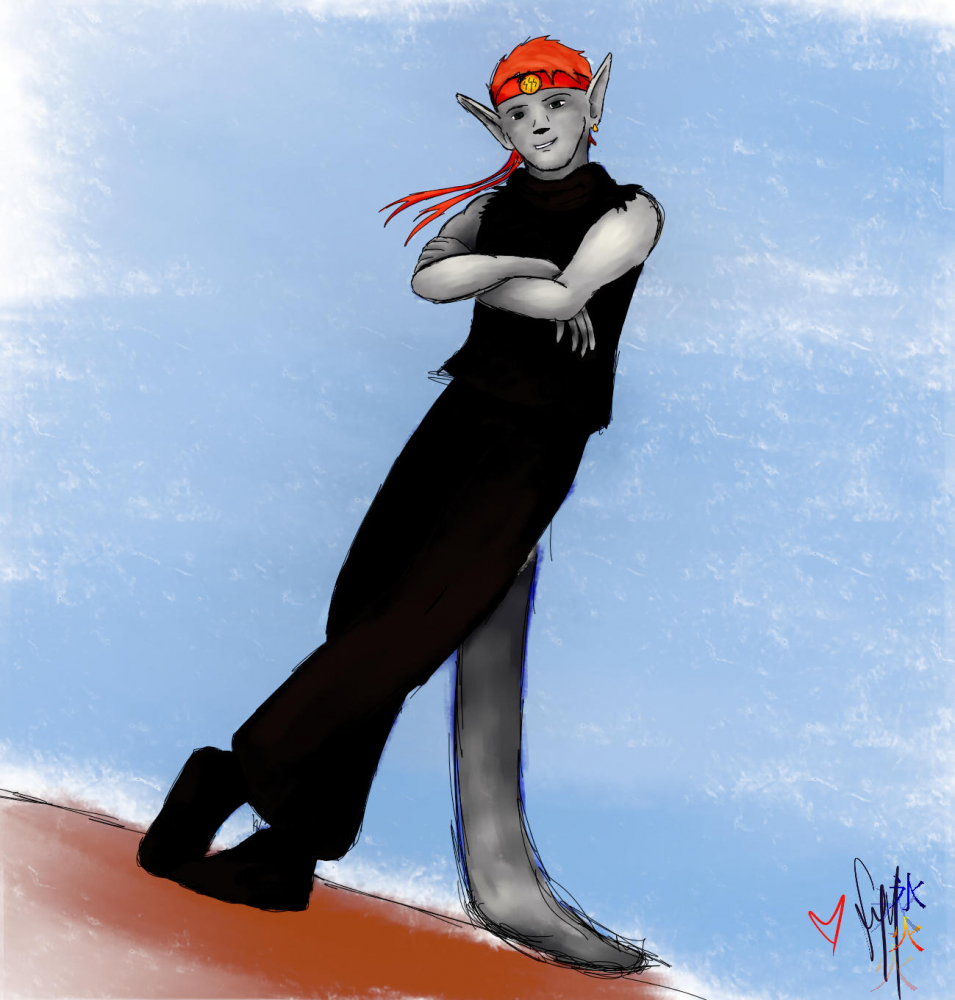